Putin's dangerous Zock: What's behind the slump in the Oil price

With a slump of 31 per cent of the price of Oil is launched on Monday in the trade. This is the biggest decline since the Gulf war in 1991. The reason for the c With a slump of 31 per cent of the price of Oil is launched on Monday in the trade. This is the biggest decline since the Gulf war in 1991. The reason for the collapse: Opec could not agree on the last Friday completely by surprise with Russia on extending the subsidy cut, which would be due to the weak demand due to the Corona pandemic are urgently needed. The collapse of Oil prices amplified the downturn in the global stock market, while interest rates on ten-year US-buckling bonds to new record lows.

Why did Russia leave the Alliance with Opec to burst?

Russia does not want to share the production cuts with a view on the American Fracking industry. Because you would have benefited from that likely to be particularly strong: The Fracking companies would have been beneficiaries of the rising Oil price, without the need to Fund fewer projects would have. The do not want to accept Russian President Vladimir Putin. "The Kremlin has decided to sacrifice Opec+ to stop the US Fracking companies, and to punish the USA for interference in the case of Nord Stream 2," said Alexander Dynkin, a Russian economist and head of the think-tanks Institute of World Economy and International Relations in Moscow. Benefit from the futures market positions of the professionals. Gold, commodities, currencies (partner offer) More information on David Vargas's recommendations

According to a report by the Bloomberg news Agency were shocked a number of Ministers after the announcement of Russia on the Meeting, so that they were speechless. "Saudi Arabia is upset to a risky thing, but this is Russia's strategy in the Moment," said Dynkin. In the past years, Putin the relations with Saudi had expanded in Arabia, under the leadership of crown Prince Mohammed bin Salman (MbS), apparently.

Especially Saudi Arabia is suffering from the low price, because Oil is the main source of income of the household. Russia can live with a lower price.

Russia has calculated its budget planning with an Oil price of $ 42. Under this brand, the price is already fallen. Parallel to Oil prices, the ruble is collapsing. "With the decline in Oil prices and the selloff of the ruble, we see currently, the market of the Russian economy is already significant pain. In this sense, the Russian oil policy has failed already on the day after its implementation," says currency expert Ulrich light man of the Commerzbank.

How to ruled Saudi Arabia?

After the refusal of Russia announced Saudi Arabia's massive price cuts, for example, 4 dollars to 6 dollars per Barrel for Asia, or to gross $ 8 for Western Europe. In order for Saudi Oil in Western Europe is to 10,25 dollars per Barrel cheaper than Oil in the North sea variety Brent. However, the price of Russian Oil is only $ 2 below that of Brent. The Saudis start a direct attack to the Russian producers in Europe. "Thus, Saudi Arabia has opened a new price war for market share," wrote Carsten Fritsch, Analyst at Commerzbank.

don't break in the equity markets?

US President Donald Trump has always exerted pressure on Saudi Arabia to increase the promotion, so the prices are falling. Since then the US consumer would have left because of lower gasoline prices and more money, which would boost consumption and thus the economy. However, this is only one side of the coin.

On the other hand, a slump in the price of Oil means, however, that the conveyor from the United States and around the world have significantly less revenue, prompting the company to cancel your investment, which is weighing on the economy, particularly the United States, significantly. Because a lot of US Fracking companies are highly indebted and could hold only through Bank loans and through the expenditure of High-Yield bonds (junk bonds) to interest rates of 10 percent or more above the water.

Now that the default risk of the US Fracking companies, while the interest rates for junk bonds across many industry sectors were last increased due to the Corona pandemic is strong. Therefore, the interest rates on ten-year US today-bonds with 0.34 percent to new record lows collapses. Thus, the bond market assesses the prospects for the highly indebted US economy as much worse than ever before.

"sharp declines in the price of Oil regularly leave skid marks in the U.S. gross domestic product," wrote Jörg Krämer, chief economist of Commerzbank. "Also this time, the negative effects are to be expected, the industry has reduced its investments since the middle of 2018 already. Stress can also come from the US energy sector is drowning in debt. Its part of the US High-Yield is the market, according to data from Bloomberg, around 10 percent,“ says Krämer.

Who can get the price to hold out longer?

Although the production costs of Saudi Aramco, the Oil company of the Saudis who went to the middle of December 2019 to the exchange, only $ 2.80 per Barrel while Rosneft in the Russian competitors more than 20 dollars.

Invest like a Pro: With the Bernecker exchange-compass, you depend on the Dax! (Partner offer) Now 30 days free of charge test!

However, the state budget of the Saudis is much more dependent on Oil than Russia's. So the Saudis in your household budget for 2020 have assumed a Brent price of $ 58 per Barrel, which would lead to a horrendous budget deficit of 6.4 percent of annual economic output.

However, Russia needs prices of around $ 42 per Barrel to balance the budget. Currently, the courses are but at only around $ 35. The Numbers show what a risky game Putin is received. The lower the price drops, the more Russia would get into trouble, what is the slump of the ruble to 74 rubles per Dollar clearly reflects. This is a decline of 17 percent compared to the January High.

as Long as the price war between Saudi Arabia and Russia continues, and is likely to remain the price of Oil is plummeting. Investors hope, therefore, that it comes as quickly as possible to an agreement between the two countries, otherwise the Crash is expected to decline in the Dax and S&P500 more.

What is the price of Oil-break-in for the consumer?

motorists can hope for in the Wake of the current Oil price crash, to lower fuel prices. The mineral oil trade Association wanted to make any forecast, however, pointed to earlier developments. "Because of the high degree of market transparency and the strong competition to every motorist, the gasoline and Diesel prices since the beginning of the year one-to-one with the case, are shopping prices in product markets has fallen," said a spokesman on Monday.

The ADAC expects the fall in Oil prices in the medium term also at the pumps low. "If the prices of the crude oil markets to rise, it always ends relatively quickly. If you fall, suggests the low - but usually with delay", a spokesman said. How strong the effect will be, however, cannot be estimated.

However, it could be that the European device to the Central Bank because of the low price being under pressure. The Oil price is an important factor for the Inflation. The price of Oil remains at a good 30 Dollar could fall, Inflation in the Euro area in may, on the psychologically important mark of zero percent, experts estimate. After the collapse of the Oil price, it is increasingly likely that the ECB will loosen its monetary policy at its meeting on Thursday significantly. Observers expect that you can increase the volume of its bond purchases for a limited period of time 40 billion euros and the Deposit rate by 10 basis points to minus 0.6 per cent could reduce.

The Russian stock market the international stock market crash, has been rescheduled on Tuesday in early trading. Because of the trade in Moscow was closed the previous day due to a holiday, he was able to understand the massive global losses due to the virus crisis and the added crash in the oil markets now.

At the start of the benchmark index, the RTSI lost 9.5 percent, the last time he slipped and fell by 12.7 percent. With 1098,40 points, he fell to a Low since the beginning of 2019. Massive losses in Oil and Gaswerten from indicated the direction: The Rosneft-securities fell by 14.3 percent, while those of Lukoil by almost 13 percent and Gazprom by slightly more than 10 percent.

1 Environmental aid, criticizes government: Faster,... 2 Better than the overall market: investors prefer defensive... 3 Price of oil crashes, a massive 30 percent in the... 4 Diesel: the price for a litre may soon fall under... 5 A state of emergency in Italy: Ryanair cancels number... 6 Why investors even in the face of deep red, stock... 7 Elon Musk has a great idea for a new factory in Brandenburg... 8 Toxic waste landfill in France: The little aces on... 9 Stock market millionaire Beate Sander: A Crash is... 10 Plus ten percent: Schaeffler-share, despite a more... 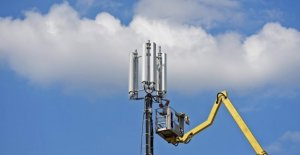