Indian Recycling companies recycle only domestic waste. This is the quality is worse than the previous imports. The Indian waste management needs to be modern 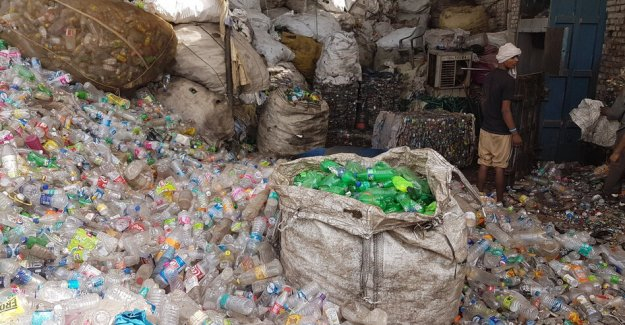 Indian Recycling companies recycle only domestic waste. This is the quality is worse than the previous imports.

MUMBAI taz | plastic from Germany and Europe, that was for the family Shaktik Plastic in Maharashtra operating for a long time a valuable commodity, with which he made good business. "Now, however, something of little," says Rahul V Poddar, is the head of the family business. September of last year, has been banned in India, together with its special economic zones the importation of Altplastik namely. In October, an intensification, which also includes chopped plastic is then followed.

2018 exported alone Germany a Million tons of plastic waste, especially in poorer countries, where they are supposed to be recycled again. According to the Basel Convention, which regulates the global dealing with hazardous waste, means the Recycling. But what happens in the countries in really old films and bags, check often, only local authorities. This was also in the case of German exports to India.

in 2018, the German altplastik import was increased to India on a well-68,000 tons, and that had brought the country to finish among the Top five of the buyer. From the EU to 160,000 tonnes of came. But India wants to continue to recycle the garbage. In this decision, the people of Mumbai think-tank PDUSM, which maintains close contacts with the ruling party, the BJP was instrumental. In November 2018, he launched his campaign and criticized the fact that the global Waste to take to India.

Where to 26,000 tonnes of plastic waste in India every day, according to media reports. Although this is little in comparison with, say, Germany, but, nevertheless, much for the development of the country. The trade with waste plastic is still a good deal. However, together, accumulated plastic takes tedious to landfill, no one, especially not the registered recyclers. You put on plastic waste from the industry in India or abroad. But imports are cut off now.

For the Indian Recycler Shakti is a transition, but doable. His machines rattle: "India has enough of its own plastic waste," says Poddar. Even if he has obtained the raw material from Germany, because he was of a good quality. "In India, only been separated for a couple of years, systematically," he says. Most of his deliveries now consists of packaging, faulty goods, which didn't make it to the Indian market. Since the import ban, he needs to mix for his production, but more new plastic to be produced directly from Oil.

"The plastic recycling in Germany and Europe is changing very strong," confirmed Jörg Lacher from the German Federal Association for secondary raw materials and disposal (BVSE). Trigger for more China once. The country was the main customer for the global plastic waste, until it restricted the Import of Altplastik at the beginning of 2018 is strong. Other Asian countries such as India, Vietnam, Indonesia and Malaysia came first, followed in his footsteps as a garbage importer, until they introduced import restrictions.

As studies by the environmental organization Greenpeace showed, does not mean, however, that there is no waste in these countries. In Malaysia, the illegal trade in plastic waste is in bloom – also from Germany.

Rahul Jain from the Think Tank PDUSM calls, therefore, for a temporary stop of the international trade with packaging waste. The decision of the Basel agreement from may of this year, he welcomed the implementation but is "very difficult". That's why was important to modernise India's waste management and strengthen the Recycling sector in the industrial countries. Otherwise, the illegal Export of plastic going to waste continued in the countries of the third world, Jain.

This Research was supported by a scholarship of the German-Indian media network/Bosch-Foundation.

1 Brown coal mine Hambach: Hambi is not an island 2 New Payback Trouble: Galeria Kaufhof makes a drastic... 3 German Tech group of companies involved for now: these... 4 Cash contributions will have to rise in 2021, probably... 5 Lithium mining in Portugal: the Evil of the mines... 6 Start-ups in the electro-mobility: it is a Hard way... 7 Air pollution Hotspot Sarajevo: Bosnians against dirty... 8 Plastic waste in China: Bye-bye, plastic Cutlery 9 Climate protests in and around Davos on foot over... 10 In-work poverty: Two, three, many Jobs 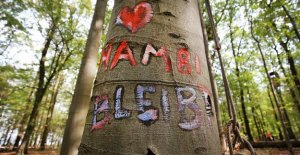 Brown coal mine Hambach: Hambi is not an island