Reducing VAT will be expanded: Bahncards 50 and 25 cheaper

According to the train tickets, the discount cards are now 10 percent cheaper. The VAT should be reduced according to an agreement of the financial authorities. 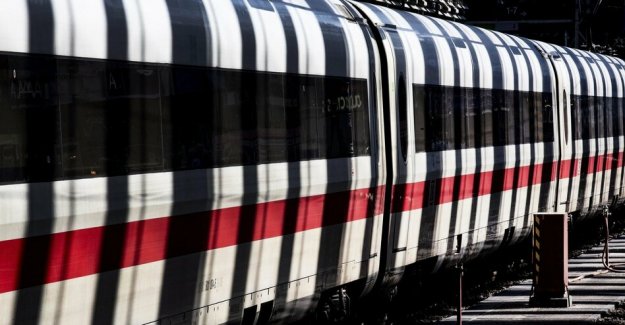 According to the train tickets, the discount cards are now 10 percent cheaper. The VAT should be reduced according to an agreement of the financial authorities.

rail travel will be cheaper because the VAT drops photo: Michael Probst/ap

BERLIN dpa/taz | consumer will have to pay 10 percent less for a Bahn card 50, or a bahncard 25. The climate package, the Federal government adopted the VAT reduction should also apply for this discount card of Deutsche Bahn. The agreed after dpa information the Supreme financial authorities of the countries. A Letter of the Federal Ministry of Finance, the German press Agency. The Ministry confirmed the taz the message. The cheaper price is for all cards with validity from 1. February.

Who ordered in the coming January-days of his rail card from February, to benefit, according to dpa-information of the cheaper prices. Those who have ordered recently at the old VAT rate, will receive a voucher in the amount of the difference. These customers should be contacted by the railway.

In the climate package by the end of December had been decided by the Federal government to reduce the VAT rate from 19 percent to 7 percent for the rail long-distance transport. Already since the beginning of January, the reduced ticket prices will apply at the Deutsche Bahn. Also, the rail card 100 is included.

was Open yet, whether the two other rail card types, 50 and 25 – allow customers to take half or a quarter pay less for Tickets – cheaper. About the Federal government and the States had negotiated, now there is a decision. In Germany, more than 5 million people have a rail card.

"We welcome the quick agreement between the Federal government and the States," said passenger transport Board of management Berthold Huber on Friday. "This is the same change for the start of the year, a further step in the direction of a climate-friendly Mobility."

With the VAT reduction will encourage the Federal government and more people from the car or from the aircraft to the climate-friendly train to work. The Deutsche Bahn had emphasized in the past weeks, again and again, that they would welcome such a reduction also for all Railcard types.

The measure is, however, only the long-distance transport, which is controlled 99 percent by the Deutsche Bahn. In regional traffic, however, the prices for the timetable change, have risen by an average of 1.7 percent.

1 Site for Tesla factory in Brandenburg: Land is not... 2 Siemens and Fridays for Future: have A Job offer in... 3 Alexa: Making the Most Out of the Premier Virtual... 4 Payback of Trouble: the dm makes a drastic Change... 5 Your is also? Twelve banks with negative interest... 6 Time hit with killing Soleimanis: US attack on the... 7 12 Euro per hour: esque wants to enforce higher minimum... 8 Desire for financial independence: Harry and Meghan... 9 Logo for the CO2 balance of food: climate-labelling... 10 Bush fire in Australia: The area of a fire 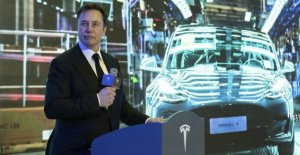 Site for Tesla factory in Brandenburg: Land is not...