Siemens-Chef Joe Kaeser wants to get the controversial delivery for a huge coal mine in Australia to maintain. Environmentalists are incensed. Demonstration i 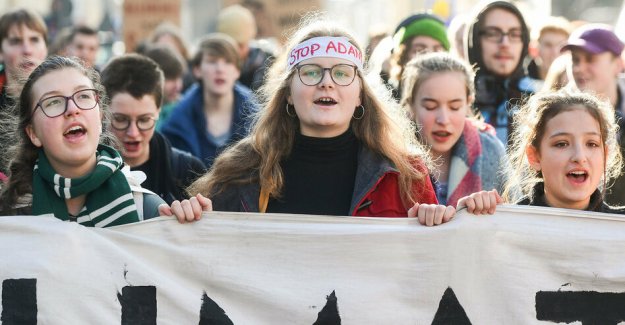 Siemens-Chef Joe Kaeser wants to get the controversial delivery for a huge coal mine in Australia to maintain. Environmentalists are incensed.

Demonstration in front of the Siemens headquarters in Munich on 10. January photo: Reuters

MUNICH/BERLIN dpa |/rtr |/taz | in Spite of fierce protests by climate activists, Siemens holds a supply for a huge coal mine in Australia. Now, the criticism is likely to be even more severe.

The project alone, "could the world via the 1.5-degree target is already tilting," criticized Nick Heubeck of Fridays for the Future on Monday in the Bavarian broadcasting. The decision of Siemens-Chef Joe Kaeser, "is to stay inside, shows me that he wants to risk his reputation, as also for a few million euros". "Joe Kaeser make an "inexcusable error," said the Fridays-for-Future-activist Luisa Neubauer.

on Friday, had met Kaeser with Neubauer and her a Post in a Supervisory Board of the future company Siemens Energy offers, but she refused. At the same time, the Meeting hopes of the environmentalists had fired that Siemens could opt out of the delivery.

The German group, was adopted in July 2019 and the contract for the rail signalling system of the Indian Adani group's proposed Carmichael Mine in the Australian state of Queensland. Is there one of the largest coal mines in the world, to promote mines, five underground and six Opencast mines up to 60 million tons of coal per year. For Siemens-ratios of the order value in the amount of 18 million Euro rather low.

In the case of the criticism of the project, in addition to the climate protection also of enormous water consumption, habitat destruction and the Transport of the coal through the Great Barrier Reef, the largest coral reef in the world.

In a published on Sunday extended opinion wrote Kaeser, he was aware of the fact that the majority had hoped for a different decision. He stressed, however, that it is his duty as a group is the boss, the various interests to be balanced. It was the "highest priority" of Siemens to keep its promise. And there is virtually no legally and economically responsible way to dissolve the contract.

Neubauer requested, however, corporations would have to begin existing contracts for the extraction of coal, Oil and Gas, dissolve, otherwise the objectives of the Paris climate agreement not to be complied with. To insist "on this contract, while Australia is burning, and all the consequences for man and the environment are known, it is madness." The people had arrived at a point in history where each of the Chairman of the Board "of this order of magnitude is asked to decide: for or against the climate, for or against the rights of future generations and the protection of the people and animals that are affected today".

Australian environmental activists reacted angrily to the decision by Siemens. The decision was "nothing less than disgraceful" and ruin the Image of the company, told the Australian Conservation Foundation. "With this decision, the company shows its true face." The alleged climate change strategy of the group have turned out to be "empty and meaningless" – he is not a Whit better than that of the exploitation of fossil fuels, benefiting companies with which he is working. The Protest against the mine project will be continued, announced the activists.

the Swedish climate activist Greta Thunberg turned on. "It seems as if Siemens have the Power to stop the construction of the giant Adani coal mine in Australia, to delay, or at least to interrupt," she wrote on Saturday on Twitter.

On Friday, had protested supporters of Fridays for the Future, already in German cities against the participation of Siemens in the mining project. Climate protection activist Heubeck announced massive protests at the annual General meeting of Siemens at the beginning of February in Munich.

1 Volcanic eruption in the Philippines: escape the output 2 Energy plans of the EU Commission's climate package... 3 Refurbisher about many of the new Smartphones: A disaster... 4 Price-fixing for pesticides: agricultural cartel against... 5 Judgments of the hambach forest: Six months wrongfully... 6 Agreements to biodiversity: New targets for the protection... 7 Reporting on E-mobility: reality bend to it 8 Siemens and the coal mine Adani: Kaeser fucked Neubauer 9 Report: Opel plans further job losses and extended... 10 Neubauer's Anti-Siemens-Demo-flops: Only a few come... 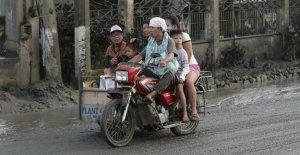 Volcanic eruption in the Philippines: escape the output