So Brandenburg's government lured Tesla into the country

With financial promises has lured the state government of Brandenburg, the US electric car maker Tesla, according to green Heath. The "Welt am Sonntag first re With financial promises has lured the state government of Brandenburg, the US electric car maker Tesla, according to green Heath. The "Welt am Sonntag first reported". The newspaper quoted from the letters of Minister-President Dietmar Woidke and Minister of Economics, Jörg Steinbach, both of the SPD. The government representatives work in good faith to bring Elon Musks next Gigafactory to the country.

Steinbach writes in January 2019, according to the "world on Sunday", the Lausitz will be taken into account "across countries by funding not only of the state of Brandenburg, but also by significant funding from the Federal government and in Europe specifically". In addition, Steinbach indicates more or less subtly on favorable tax terms and conditions: "In addition, you will find in Germany, no other state with as low a local business taxes such as Brandenburg." Tesla 524,20 EUR -90,50 (-14,72%) Xetra

A notch, in the Woidke in August of last year, suggests that: "on a European scale, Brandenburg is one of the areas with the most interesting funding conditions", declared the Prime Minister, in a Letter to Tesla. In addition, the state will offer "favourable tax conditions".

Woidke not missed it also, indicate that green Heath as the location for "a catchment area of both the Brandenburg and the Berlin and the Polish labour market" have. Employees of the electric car manufacturer wants to support the country Manager with up to 10,000 Euro per Person for training.

This is Woidke suddenly relatively close to the "strategy" of the satirical magazine "Titanic" stress itself as a supposed Tesla's European headquarters in the past week in Phone in green Heath by rang. In the action of the satirist presented a "roadmap" for the Gigafactory. It went to Polish workers - "which are cheaper," said the alleged Tesla-staff. That he was involuntarily an idea of the Prime Minister, knew of the "Titanic"-editor, was behind the Masquerade, hardly.

", All of the partners welcome investment projects" of Elon Musk

And Woidke has even more to offer, in order to convince Musk of green Heath. He promises that the construction could go in Brandenburg, quickly: "We will support you with all appropriate options for the backup of your temporal goals," writes the politician. "For all of the in connection with the planned investment of the necessary permits the legal issues (e.g., environmental impact study, the Immission control law approval procedure, forest conversion) to secure I will give you an immediate and quick processing."

The Prime Minister declared: "please Be assured that all partners in the state of Brandenburg project your investment to the highest extent, and to all the forces on the duration of support will be welcomed." Thus, the SPD politician leans far out the window in view of the fact that the planned Gigafactory has raised in green Heath is part of a massive Protest by local residents, and even actions brought by environmental associations.

Tesla, after all, was able to convince Woidke. In March, the groundbreaking ceremony should happen for the factory, in the summer of 2021, the first cars to roll off the Band.

1 Nine years after Fukushima: Japan relies on coal 2 Coronavirus and the world economy: globalisation damn 3 The impact of the Oil price fall, is also Tesla's... 4 Peasant movement in lower Saxony: From AfD delimit?... 5 40 billion stock market value way: Corona-crisis infected... 6 Stimulus package for companies: assistance for companies... 7 Investments and Credit Scores: How Are They Interrelated? 8 Virus paralyzes ship traffic: The Container is bigger... 9 Corona-crisis, Airlines have to send the spirits of... 10 The state Fund for nuclear waste disposal: nuclear-Fund... 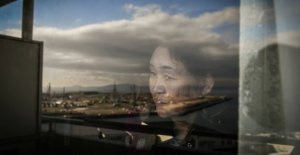