Species diversity in lower Saxony: the peasants against the people's desire

A Association wants to collect signatures for a law against loss of Species in lower Saxony. He is afraid of rules with no compensation. Oh, how beautiful: A 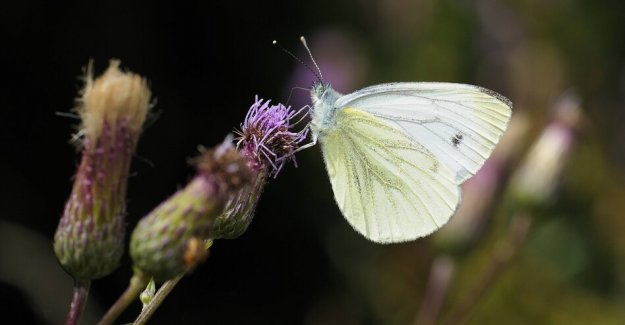 A Association wants to collect signatures for a law against loss of Species in lower Saxony. He is afraid of rules with no compensation.

Oh, how beautiful: A butterfly, a cabbage white, sitting on the flower of a Thistle photo: image broker/imago

BERLIN taz | The Arbeitsgemeinschaft bäuerliche Landwirtschaft (AbL) rejects the popular initiative for the protection of the diversity of species in lower Saxony. "A law of a government in office is better because the farmers get a secure financial compensation for stricter conservation rules. Initiators of a popular initiative, we can't do that for compensation are the responsibility of government,“ said Ottmar Ilchmann, OJ-Chairman, the taz. The Association fights for farms that are owner-managed and ecologically-oriented. His voice in the environmental movement in agricultural matters great weight.

The referendums in lower Saxony in Germany significantly, as agriculture is there as much as anywhere else in Germany. The initiators – the nature and biodiversity conservation Union (Nabu), the Greens and the German acquisition and professional beekeepers Association – want to collect from the end of March/beginning of April, the necessary of 610,000 signatures, the Parliament must decide in Hannover on the Text.

The draft law provides for, among other things, to increase the organic share of agricultural area of 4 by 2030, at least 20 percent. Pesticides should be prohibited in conservation areas. In a 5-Meter-wide strip of waters, neither conventional arable poisons should be used as a fertilizer. The farmers would be prohibited by law, to eliminate "close-to-nature structural elements" such as hedges or trees.

OJ-chief Ilchmann feared that the farmers for these costly measures will get little compensation, "if that is now imposed on a referendum of a government-quasi". The SPD-CDU government in Hanover, have moved under the pressure of the people's desire is threatened, and the environmentalists made offers. Also the Bund für Umwelt und Naturschutz Deutschland (BUND), see "far-reaching improvements", which would not be possible.

"In case of unclear compensation offers, the petition of the farmers' Union, the CDU and the FDP a steep template, which is currently particularly great anger of the farmers draw on the proven concept of the enemy, such as environmental organisations and the greens," warns Ilchmann. The Recently arose at the end of farmer's protest movement "of the country on creating connection" start to understand that the Union parties and supported farmers ' Union for the shutdown of farms and the low producer prices were responsible. "I see there's already an interesting approach, encrusted discussions break down. But if in lower Saxony, the people's desire, it can show the usual Suspects with the fingers: As the Nabu, this is your only Problem.“

the initiators of The people's desire Ilchmanns objections rejected. "The financial commitments made by the environment Minister, Olaf Lies, are completely vague and non-committal," said Hans-Joachim Janssen, Co-Chairman of the Greens, the taz. "There is a legal basis is missing. We write, however, the financial compensation for restrictions of agricultural land use directly to the law of the people's desire.“ Also, the proposed objectives of the state government were too General. For example, you have not given so far to how much percent of points she wants to expand the share of Eco-farming.

Holger Buschmann, head of NABU's, in lower Saxony, has promised a compensation of losses due to the targeted nature conservation act: "Should result in financial losses for companies, these are offset, of course, a hardship compensation financially."

1 World meteorological organisation warns that weather... 2 People's desire for species diversity: pressure from... 3 What are the markets moves today 4 The same brands and recipes: Aldi Nord and Aldi Süd... 5 Economists expect Germany's hard economic downturn 6 Massive job cuts are looming: In the case of every... 7 Prior to the Federal-state summit: No agreement in... 8 BMW development chief Cheerful to hear - the successor... 9 Bus and train to Corona times: are the public Transport... 10 After England's reduction in interest rates against... 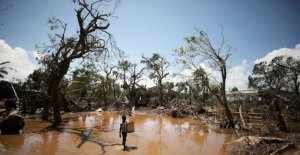