Study of the minimum wage, and suicide: capitalism kills

Higher minimum wages to protect against suicide, say US scientists. Prevention should therefore be carried out individually and socially. they are demanding a 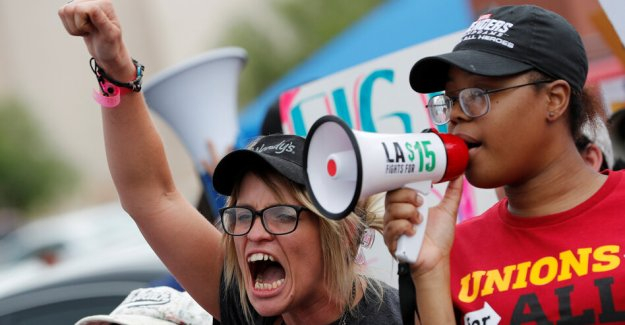 Higher minimum wages to protect against suicide, say US scientists. Prevention should therefore be carried out individually and socially.

suicides often follow mental disorders. And mental illness, in turn, are treated in psychology, in contrast to psychoanalytic approaches, as a Problem that must be solved at the individual level, with appropriate therapies and medication.

That suicide can also have a social Dimension, shows a study from the United States. The epidemiology PhD student John Kaufman of Emory University in Atlanta, Georgia, and his co-authors have wages a possible connection between the minimum and the suicide rate in the United States is determined.

In their study, from the Journal of Epidemiology and Community Health, they argue that an increase in the minimum wage could reduce to a Dollar, the suicide rate of U.S. citizens by 3.5 to 6 percent. For that, they pulled data of the years 1990 and 2015, about suicides, minimum wages and unemployment of all the States. So you calculated a difference between the actual suicide rate and a possibly lower in case of higher minimum wages on national and state level.

Kaufman stressed in an interview with the business magazine Fast Company that the observational study, although not water-proof causal link evidence. There were factors that could not be excluded. Nevertheless, the study is not strong enough to assert that Higher minimum wages can save lives.

In the U.S., there are Federal and state level have different minimum wage rules. The national minimum wage for a decade, at $ 7.25. The Federal States can deviate upwards. California (minimum wage is currently 10,55 US Dollar) and New York (US $ 15 starting in 2021) took advantage of this opportunity.

"capitalism kills", it means from capitalism-critical circles. This study shows that this may not be quite so wrong. Even if a defender of the market, society claim in the positive-ist-sublime manner to the contrary.

1 Start-up sea animals from the country: fish instead... 2 Australia in fear: mega fires threatening Canberra 3 Forest fires in Australia: Canberra threatens mega... 4 Sales tax reduction extended: Bahncards 50 and 25... 5 Group exam of the Left: climate crash postponed 6 Tesla, the green power and the crisis: Oil, unfortunately,... 7 Reducing VAT will be expanded: Bahncards 50 and 25... 8 Site for Tesla factory in Brandenburg: Land is not... 9 Siemens and Fridays for Future: have A Job offer in... 10 Alexa: Making the Most Out of the Premier Virtual... 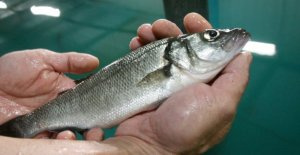 Start-up sea animals from the country: fish instead...