The German nuclear waste in Russia: Gronau greets to the East

600 tonnes of depleted uranium from North Rhine-Westphalia, arrived in the Russian city of Novouralsk. Critics are intimidated. German nuclear waste arrives i 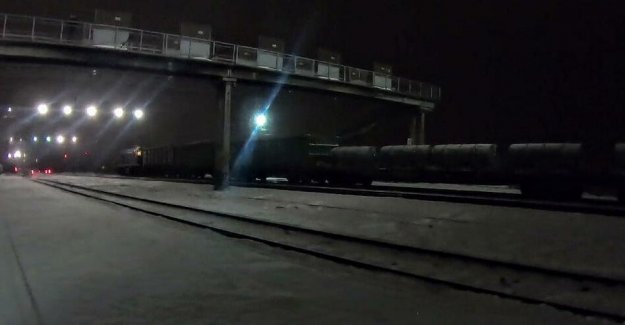 600 tonnes of depleted uranium from North Rhine-Westphalia, arrived in the Russian city of Novouralsk. Critics are intimidated.

KIEV taz | On Saturday morning at 4: 20 PM local time in the Russian city of Novouralsk (in Soviet times Sverdlovsk-44) at the Ural 600 tonnes of depleted uranium from Gronau arrived. The train was guarded by armed police and a unit of the domestic intelligence service FSB. This is the Nowouralsker environmentalist Viktor Kazakov, the taz reports.

Kazakov managed to make photo and video recordings of the incident train. He was taken temporarily by the FSB, and after two hours released. A large part of its Video - and photo recordings were confiscated by the officials. "I succeeded, however, some Photos and a Video on a different disk to be incorporated," said Kazakov.

He had specifically waited at the train station on the train, reported by Kazakov, the taz, in order to document "the criminal projects of Rosatom and the municipal authorities and all other Stakeholders". Overall, according to Kazakov, expect it in Novouralsk with 12,000 tons of uranium hexafluoride, the company Urenco to 2022. "A nice Christmas gift from the Germans to the Russians," commented Valeri Bulatov of the environmental group "Ecodefense" in the process.

The deliveries from Gronau in North Rhine-Westphalia are now one of the most discussed topics in the town of Novouralsk. This emerges from a report by the Yekaterinburg-based Russian news Agency "newdaynews.ru" turned up these days in Novouralsk. Several people comment in the show their concern about the health risks posed by the German nuclear waste.

While the German and the Russian nuclear industry for the Transport of uranium hexafluoride from Gronau to Russia closely, opponents of the shipments criminalized as "foreign agents". In St. Petersburg, Greenpeace has taken activist Rashid Alimow a few days ago, after a protest action in front of the station temporarily fixed. A week ago, three activists to the police had been store in Novouralsk, because they had vigils organized against the German nuclear waste.

1 Money plant of the year: what to do with the dough? 2 New Demeter Directive: Biogurken without plastic 3 Raw material exploitation in Argentina: Gold and silver?... 4 Billion hole in the pension with 63: The worst is... 5 Child support, alimony, vaccination: What will change... 6 Nahles has miscalculated the pension with 63 is a... 7 More money for the separation of the children: See... 8 Earlier in pension: How it works, without losing a... 9 Car insurance: Car insurance policies in Check 10 UFO Union against Lufthansa's daughters: The new year's... 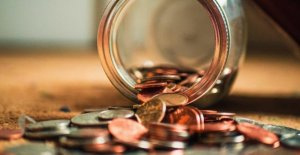 Money plant of the year: what to do with the dough?