The new head of the Federal office for the environment: a Decisive man

Dirk Messner knows how to advise governments on environmental issues. And how the economy needs to retool. Now he needs to get a hearing. "The man at the rig 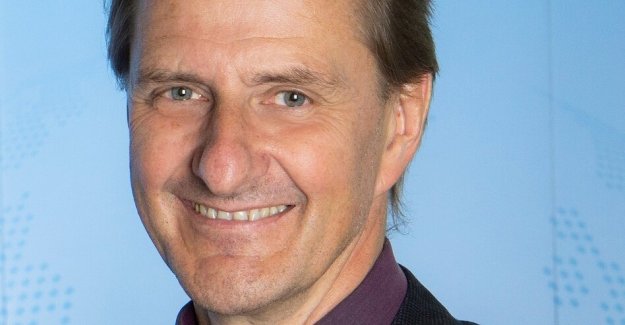 Dirk Messner knows how to advise governments on environmental issues. And how the economy needs to retool. Now he needs to get a hearing.

"The man at the right time," says the Minister of the environment: Dirk Messner photo: Stefan Boness/IPON

BERLIN taz | It will be critical for the environmental policy of the future: Dirk Messner, 57 years. This Wednesday he will be introduced as the new head of the Federal office for the environment, one of the most important authorities in Germany, officially. Predecessor Maria Krautzberger goes in pension.

Messner is one of the principal advisors to the Federal government, such as farmers operate in an environmentally profitable, industrial companies resources to produce citizens for the use of environmentally friendly from A to B. The world is standing in front of "huge breaks", he says.

it will not be Easy for him. Although bloom – with the exception of the AfD – all parties. However, Krautzberger, who has directed for five years the authority, complained shortly before your departure, about how little the Council of the Federal Environment Agency for the purpose of the government.

And Messner, a tall, slender man, is not a troublemaker. Born in Westphalia offers a rather clever analysis. He comes from the world of science, is a Professor of political science, conducts research for years on environmental and development issues. Most recently, he was at the United Nations University in Bonn, Director of the Institute for Environment and Human Security.

As the head of the German Institute for development policy it has employed previously for more than 15 years, the ratio of the North to the South. And he knows what it means to advise politicians: The Chinese government, the European Commission, the world Bank, have been set to his Knowledge.

in 2004, came to Messner in the Scientific Advisory Council global environmental change of the Federal government, in 2013, he was one of the two chairmen. With him, the high level panel called, for example, to take urban development seriously. Messner said: "the growth of cities is so vast that it needs to be urgently and versatility." Then later digitization. Messner urged to take the consequences of the new technology for the climate and the environment in the view. The Federal Ministry for the environment, builds a sub-Department of "digitization".

Messner advance think big and:. SPD-the Federal environment Minister, Svenja Schulze, said that he was the "right man at the right time". How can the tax system more ecologically just back the VAT, for example, with your little plausible sets of reform. As Messner with his new colleagues a piece of her might.

Without a spat is the go. The Ministry does not bend in time if a result of the Study, a planned press release seems to fit in the political debate. The Federal environment Agency is under, even if it works scientifically, independently, the Federal Ministry for the environment. Messner will need to explore how he gives himself and his authority on the best hearing.

He has started a long time ago. Germany has been a pioneer in environmental and climate policy, he said. Meanwhile, others were "more progressive". Messner has push made to, he will speak out – for the future.

1 Inauguration of the Turkish Stream Pipeline as a geopolitical... 2 Fires in Australia: an Alternative fire regime 3 Bushfires in Australia: New heat wave intensified... 4 To Fire climate expert in Australia: the coal lobby... 5 Ex-car boss Ghosn justifies escape: a Manager sees... 6 Meaningless bits of paper: As retailers struggle with... 7 Because more and more energy is consumed: Green gap... 8 Varta-share breaks down significantly – many customers... 9 Start-up allows the sea animals from the country:... 10 Plane crash in Iran: 176 Dead and no explanation 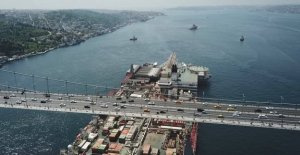 Inauguration of the Turkish Stream Pipeline as a geopolitical...