The state Fund for nuclear waste disposal: nuclear-Fund will be climate-neutral

The Portfolio of the national Fund for nuclear waste disposal is to be decarbonised by 2050. The environmental Association, WWF welcomed the move. a Lot of sm 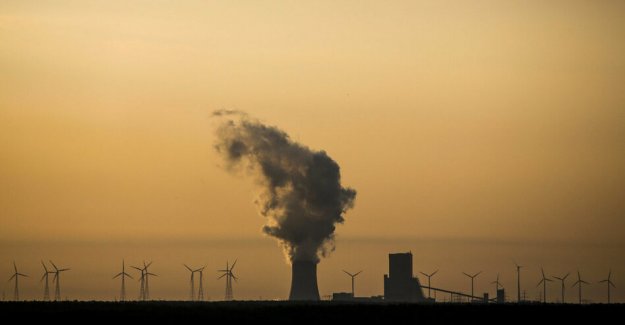 The Portfolio of the national Fund for nuclear waste disposal is to be decarbonised by 2050. The environmental Association, WWF welcomed the move.

a Lot of smoke to much: brown coal power plant in the Lausitz, photo: Markus Schreiber/ap

dpa | The billion-dollar state Fund for nuclear waste disposal will create by 2050 its assets in a climate-neutral. Has joined the Fund, an Initiative of a number of investors under the umbrella of the United Nations. This is the Chairman of the Board Anja Mikus said. Climate means neutral, the bottom line is that no climate-damaging greenhouse gases to launch and unavoidable emissions offset.

Initiator of a Net-Zero Asset owners Alliance, the Alliance, Europe's largest insurer. Are involved in a whole range of other institutional investors, such as the French state pension Fund, the Caisse des Dépots and the canadian pension insurer CDPQ. Specifically, the investors do not want to increase take affect the companies whose securities they hold, in order for these de – carbonize their business models-that is, the load on the planet with harmful greenhouse gas emissions. The environmental group WWF welcomed the accession of the Fund and called it a "milestone". The atom Fund show, "that there is another way, which is consistent with the Paris climate protection".

nuclear groups Eon, RWE, EnBW and Vattenfall had to transfer in 2017, the responsibility for the storage and disposal of their nuclear waste to the state and a total of almost 24 billion Euro to the state funds paid. The billion total managed by Investment specialists. The Fund shall ensure the financing of the storage and disposal of radioactive waste resulting from the commercial use of nuclear energy for the generation of electricity in Germany.

1 Redundancies: YOU want to delete a lot of jobs 2 150 years of the Deutsche Bank: As the Power broke 3 Economic damage caused by Virus: Crash at Corona-shock 4 What are the markets moves today 5 A company car no longer pulls: What the workers arrive... 6 German companies have to switch to emergency mode:... 7 Putin's dangerous Zock: What's behind the slump in... 8 Environmental aid, criticizes government: Faster,... 9 Better than the overall market: investors prefer defensive... 10 Price of oil crashes, a massive 30 percent in the... Redundancies: YOU want to delete a lot of jobs