toys can be very short-lived. You are going to quickly be broken or the kids get bored. Now the industry wants to be sustainable. cargo bike in Legoland: comi 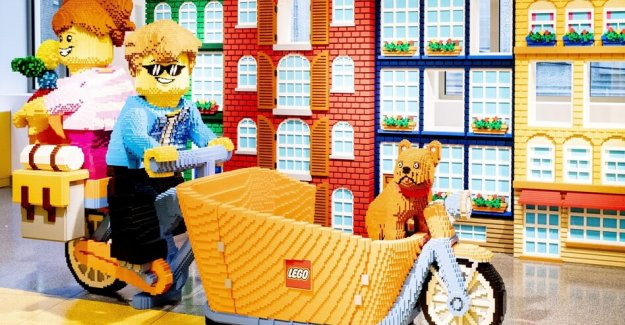 toys can be very short-lived. You are going to quickly be broken or the kids get bored. Now the industry wants to be sustainable.

NUREMBERG dpa | For our children more, we only want the Best. But when it comes to game stuff, forget parents and grandparents, sometimes all the good intentions. "If you buy toys, you want to see the glow in the eyes of the children," says the market researcher Axel Dammler. More than 3 billion euros, the Germans give each year for toys, and the trend is rising. And so they produce a lot of waste – not only because of the packaging. Because many of the toys have plays quickly.

short-lived Trends, and much, a lot of plastic in the sustainability of the toy industry does not belong to the pioneers. But in the meantime, there is a change in thinking. The Nuremberg meeting, trade fair, the world's largest industry, has sustainability as one of the big Trends of the year. Under the Motto of "Toys for Future" – based on the climate movement Fridays for the Future – show the manufacturer of 29. January to 2. February products are made of Eco-materials, or more to the environment to mediate consciousness.

The Munich-based market researcher Axel Dammler is one of the twelve experts, to identify for the toy fair of the latest Trends. "Can I continue to use plastic? How should I pack my Goods? These are questions which the industry,“ says Dammler. To find answers, however, is not easy. Most of the toys consisted of plastics, which could not be met simply by wood or other renewable materials to replace. "The plastic is an integral part of today on tomorrow."

Many manufacturers are looking for, according to the German Association of the toy industry, therefore, to solutions. According to Marketing Professor Andreas Prince of the University of Erlangen-Nuremberg, they have no other choice. "The pressure of the Public, especially the customers, is growing so more and more," he says. At least in Germany. "In many other countries, the bar is not so high."

the Danish Lego group will produce according to its own figures, by 2030, its components, and packaging made of plastic, derived from sugar cane. Since 2018, small toys, leaves, and bushes and trees out of the Material on the market.

The Haba group in the Bavarian town of Bad Rodach has been using since 2002, Bio-plastics made from wood chips, Corn, and natural resins in Baby toys. "However, it must also be checked here is the use of critical, because although it is a Bio-plastic, this must also be thermally recycled," says Haba-expert Matthias Löhnert. And plastic the family business, the goods in 1938 as a pure wood game can be started manufacturers, nevertheless, not completely without.

customer toy comes from wood, bamboo, or recyclable materials, according to the Federal Association of the game retailers were good. That is why the shops to take this more in their range. But environmentalists see the Bio-plastics is also critical, because they may compete with food for arable land. Also, you could dispose of these currently, neither the yellow bin is still on the Bio-ton, says Rolf Buschmann from the FEDERAL government. "It is more important to reduce the consumption. Toy is particularly sustainable if it is sustainable.“ So if it lasts for many years and passed on to future generations can be.

another possibility is a broken game to fix stuff rather than throw it away. Help to find in the Internet, for example, on the Homepage, "dad is going to do!" the Bonn computer scientist Hans-Joachim Simon. Actually, this wanted to bring a railroad up and Running again, which he had purchased for his children at the flea market. He had to realize that such a thing is not so easy. The start with the spare parts, says the 60-Year-old. In the case of large brands such as Lego, Playmobil, Haba, and Brio you can order. In the case of older game stuff but it was often a matter of luck to get the required part, says Simon.

On his website, Simon provides instructions for all sorts of toys, which he has repaired for his children. He also takes repair jobs. For some time, the requests to take in him, has he noted. He explained it this way: "people have more fun on the Repair or things just go broke faster." 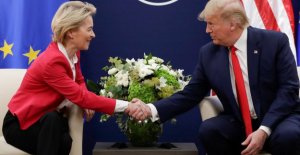 Climate-the dispute between the US and the EU: The...