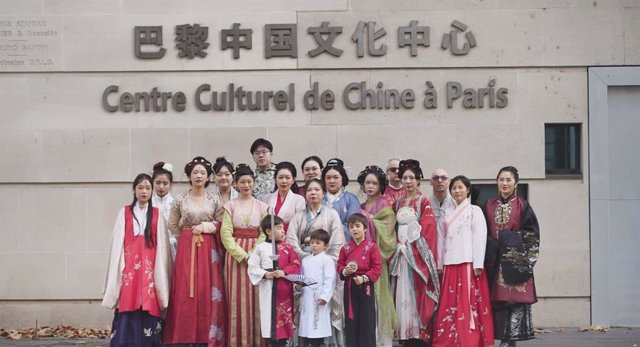 HANGZHOU, China, Nov. 7, 2022 /PRNewswire/ -- The 2022 Chinese Costume Festival, or Hanfu Festival (the "Festival"), officially opened with the theme "Style of the Han and Jin Dynasties" on November 5 in Hangzhou, China.

Organized by the China National Silk Museum, it is also the first time that the Festival joins the Paris Hanfu community and connects Hanfu fans from Hangzhou and Paris through the exhibition of traditional Chinese style and culture, as well as to share Chinese stories with the world. The activities held in Hangzhou from November 5 to 6 are broadcast live with more than 2.5 million views.

The highlight of this year's Festival is "Chinese Costume Night", held on the night of November 5, which includes a parade of Chinese costumes from the Han and Jin dynasties and various themed anecdotes, such as "Wei Qing " (a notable Han dynasty general), "The Ballad of Mulan" and "Tales of Liangzhou".

In Paris, the Paris Mugua Association and the China National Silk Museum jointly organized the first Han Clothing Outing Festival to promote Chinese traditional costumes and culture. Starting November 5, a series of collaborative events will be held in Paris, including a visit to a special exhibition of "Ink in Motion: A History of Chinese Painting in the 20th Century" at the Musée Cernuschi/ Le musée des arts de l'Asie, an introductory seminar on the classical art of Chinese makeup and various sessions to share Chinese culture and gastronomic delights.

"The Hanfu Festival, especially the collaboration between the China National Silk Museum and the Hanfu community in Paris this year, is a fantastic opportunity to tell Chinese history and culture to a global audience," said Piaia Nicolas, director of L' Alliance Française de Hangzhou, during the opening ceremony of the Hanfu Evening.

The Festival was launched in 2018 with the intention of creating a bustling cultural center of knowledge and exchange for young people who have a keen interest in traditional Chinese costumes. The museum not only exhibits valuable archaeological textiles, but also hosts various events and activities for the younger generation of hanfu enthusiasts. Each year a special theme is introduced that brings together spectacular exhibitions and cultural exchange events.

1 RELEASE: Celgard signs agreement with Morrow for the... 2 Endesa raises profits by 13% to September, up to 1,651... 3 ANNOUNCEMENT: RoboMarkets is the sponsor of the AEL... 4 The Treasury expects to capture this Tuesday up to... 5 Mastercard and Treezor strengthen their strategic... 6 Business inquiries to relocate workers quintupled... 7 The Ibex 35 wakes up with a drop of 0.35% and clings... 8 Renault forms a 50/50 alliance with Geely for the... 9 Limehome raises 45 million in a financing round 10 The acceptance period for the takeover bid for Siemens... 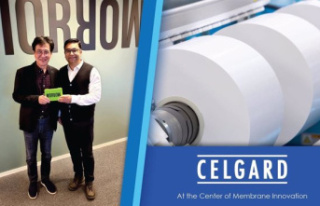 RELEASE: Celgard signs agreement with Morrow for the...