-Andiami, the new global technology project from Ethereum and Decentral founder Anthony Di Iorio, is introduced to address the paradox of centralization in decentralized technologies. 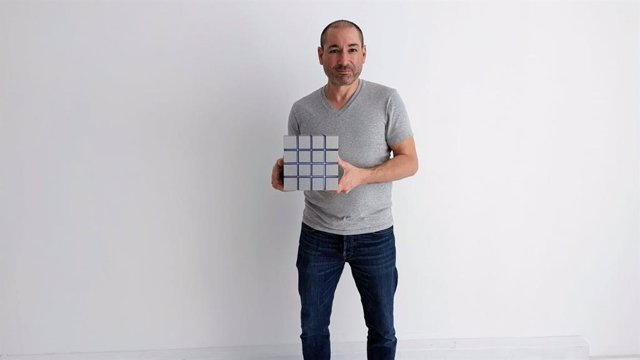 -Andiami, the new global technology project from Ethereum and Decentral founder Anthony Di Iorio, is introduced to address the paradox of centralization in decentralized technologies

Andiami's mission is to empower a user-controlled Internet and strengthen decentralized networks through blockchain "plug-and-play" personal computers, a robust node infrastructure, unique products, a new node sharing protocol, and a cohesive token economy offered through The Quest for Liberty, a physical and virtual global puzzle game.

Andiami is designed to help enable a user-controlled Internet by providing the tools for individuals to do two things simultaneously 1) be in full control of their digital life: their money, their identity and their communication, and 2) earn rewards. for effortlessly contributing to the network nodes that provide strength and resilience to decentralized networks.

Andiami's flagship hardware device is a custom blockchain computer whose working title is the "Cube." Plug-and-play and similar to game consoles, Cubes function as full nodes and as an individual's personal digital server. Through a custom blockchain infrastructure designed for scalability, interoperability, reliability, and usability, the Cube's hardware runs on and contains indexed blockchain data that connects individuals directly to decentralized networks, eliminating the need for trusted intermediaries. Currently, the already developed infrastructure supports Bitcoin, Ethereum, Polkadot, Cardano, Cosmos, Doge, Binance Chain, Litecoin and others, with more to come.

Andiami will come to life as "The Quest for Liberty", a physical and virtual game that revolves around the individual and collaborative resolution of puzzles and problems. To play the game and participate in the project, players must purchase a physical player kit. Each player kit includes an Andiami puzzle book, player card, signature card, USB key, and other items relevant to in-game puzzle solving.

Each Andiami product is a Non-Fungible Phygital (NFP), a currency named after Anthony Di Iorio. "Phygital" is the existing concept of using technology to bridge the digital and physical worlds in order to provide unique interactive experiences. Andiami NFPs are physical items that are unique to each individual. Each NFP has an authentication chip embedded in its manufacturing process to prove its authenticity and ownership.

As players progress through their journey through Andiami, they will unlock digital life tokens by solving puzzles using a new process called "Proof of Puzzle Solve" (PoPS). Digital Life Tokens are at the core of Andiami and have versatile utility within its ecosystem.

Another core element of Andiami is a new peer-to-peer node-sharing communication protocol. This protocol will connect Andiami cubes over the Internet, allowing users to distribute blockchain data and spread new transactions in a decentralized way. The protocol will reward cube owners with Digital Life Tokens for hosting and sharing their node services and blockchain data with others on the network.

Andiami is currently in its whitelisting and submission phase, with the project scheduled to roll out in a further four phases over the next three years.

Please note that the schedule above is very preliminary and is subject to change.

Much of Andiami's proprietary hardware and infrastructure has been developed and refined over the last ten years. As the project progresses, the plan is to open up hardware and software wherever possible.

Community members who want to stay up to date on Andiami should sign up for the no-obligation whitelist at andiami.org. This will ensure that you receive communications on how to participate in the project as it unfolds.

"Andiami's name was chosen for many reasons, but the most important is that it represents the path we intend to follow towards individual empowerment and the realization of a user-controlled Internet. It means: 'Let's all go together,'" said Di Iorio.

In late 2013, Anthony Di Iorio funded and co-founded Ethereum, the decentralized smart contract platform that reached $500 billion in market capitalization at its peak. Today, he is the founder and CEO of Decentral Inc, a Toronto-based innovation hub and software development company that focuses on decentralized technologies.

Decentral Inc. builds tools at the core of the next Internet. This includes Jaxx Liberty, a free cryptocurrency wallet that has empowered millions of people around the world with the tools they need to control their digital lives. Decentral's latest project is Andiami: The Quest for Liberty. 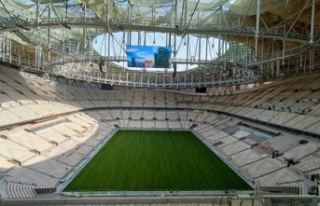 ANNOUNCEMENT: Get to know the Qatar World Cup! Unilumin...