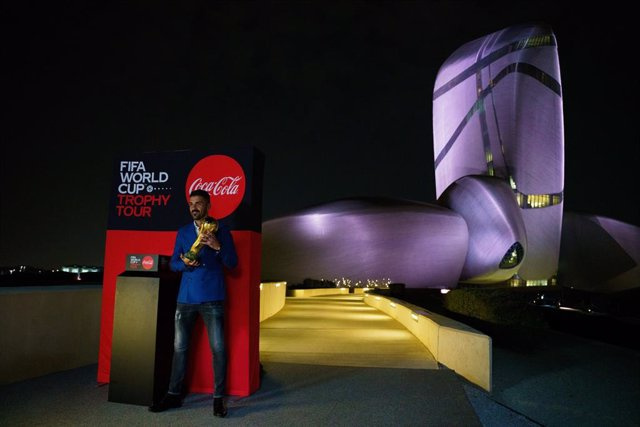 As part of the Tour, the Original FIFA World Cup™ Trophy has traveled to 51 countries and territories, visiting all 32 FIFA World Cup™ qualified nations for the first time. The penultimate leg of the Trophy Tour took place in the cities of Jeddah, Riyadh and Dhahran, to celebrate the start of the countdown to the 2022 FIFA World Cup™ in Qatar.

The events are part of the fifth FIFA World Cup™ Trophy Tour by Coca-Cola, which invites football fans to see football's most iconic symbol and experience the true magic of the biggest and most anticipated sporting event in the world: the 2022 FIFA World Cup™. The unique solid gold FIFA World Cup™ Original Trophy, the same trophy that FIFA presents to the winning team of the FIFA World Cup™, is on display for fans to see.

The event was part of Ithra's Tanween Talk Series "Football: The Great Game of Collaboration" on Saturday 12 November 2022 as one of the talks presented by the 5th Ithra Tanween Season of Creativity. The session covered various topics on the passion for football presented by the Spanish football star and FIFA legend, David Villa; the Saudi international player, Sami Al-Jaber; Yasser Almisehal, president of the Saudi Arabian Football Federation; and Nazli Berberoglu; General Manager of the 2022 FIFA World Cup™ at The Coca-Cola Company. The session was moderated by sports journalist Khaled Alarafah.

The session explored the speakers' top stories about football's victories and failures, how this popular game inspires audiences through the power of creativity, and how its impact manifests itself in people's lives as it brings together to teams, fans, nations and people around the world, united by their love of sport.

The session has also carried out the exploration of the creative process on multiple fronts, such as dialogue, and influencing others to advance creative processes based on the principle of cooperation, since it represents the impact of "collaboration", the theme of Tanween for 2022, which develops its activities under the motto: "Collaborate to create". The session has included the search for the best means to collaborate with, for and through others, and the extent to which cultural collaboration, including with nature, can be successful through technology to serve our communities.

The FIFA World Cup Trophy Tour by Coca-Cola, which began its coast-to-coast visit when it touched down at Jeddah's King Abdulaziz International Airport on November 11, was organized in collaboration with the Saudi Ministry of Sports and the Saudi Arabian Football Federation (SAFF). Following a series of landmark visits to the King Abdulaziz Sports City and Jeddah Corniche, the trophy was then flown to Riyadh for a VIP event at At-Turaif, Diriyah, and an Original Trophy fan experience at Granada Mall. Ithra will be the last stop on the tour in Saudi Arabia before heading to Qatar, where he will remain throughout the tournament.

About the King Abdulaziz Center for World Culture (Ithra):

The King Abdulaziz Center for World Culture (Ithra), located in Dhahran, eastern Saudi Arabia, is a creative and interactive public center for workshops, performances, events, exhibitions and experiences. The Center provides an enriching journey for society by stimulating diversity, celebrating creativity and fostering cooperation with the aim of revitalizing the knowledge economy in Saudi Arabia.

Ithra is Saudi Aramco's most ambitious corporate social responsibility initiative and the Kingdom's greatest cultural contribution. Through a series of exciting programs and initiatives, Ithra creates world-class experiences that combine culture, innovation and insight, and is designed to fit everyone. Components of Ithra include: the Ideas Laboratory, a library, a theatre, a five-gallery museum, a cinema, the Great Hall, the Energy Exhibition, the Children's Museum and the Ithra Tower.

The Coca-Cola Company (NYSE: KO) is a beverage company that offers more than 500 brands to people in more than 200 countries.

Our company purpose is to refresh the world and make a difference, and we are constantly transforming our portfolio to offer innovative new products with something for everyone. We also seek to positively impact the lives of people, communities and the planet through our sustainability initiatives, from water replenishment to waste management, recycling and women's empowerment initiatives, while we continue to create a rewarding ecosystem for our employees, partners, consumers and customers.

For more information visit us at Coca-Cola Middle East.

About the FIFA World Cup™ Trophy

The FIFA World Cup™ Trophy Tour by Coca-Cola is an extraordinary opportunity for people to experience a piece of football history and share their passion for the game. The thrill of seeing the original FIFA World Cup™ trophy will remain in the memory of football fans forever. 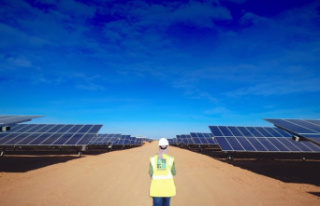