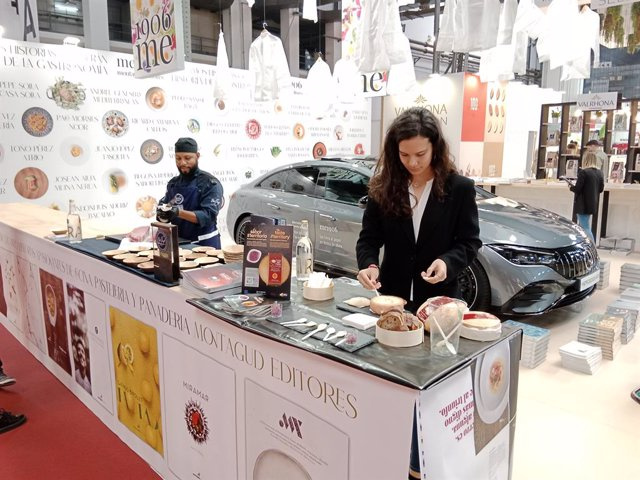 The D.O.P attends this fair with information and tastings from Montagud Editores

Casar de Cáceres, November 7, 2022.- The Regulatory Council of the Torta del Casar Protected Designation of Origin has attended the Fòrum Gastronòmic Barcelona for the third time, which is held from November 7 to 9 and in which the gastronomy sector. The motto is 'Behind the kitchen' and wants to express a commitment to social and sustainable cooking.

The PDO Torta del Casar attends to promote the protected cheese from the stand of Montagud Editores, "the publisher of the most influential chefs, pastry chefs and bakers", which has just published a new issue of the exclusive gastronomic magazine 'Cuaderno Apicius', in which the Torta del Casar is present as an advertiser.

In this way, the Regulatory Council participates once again in Fòrum Gastronòmic Barcelona, ​​which is one more step to consolidate the promotion of PDO Torta del Casar cheeses among professionals in the sector. As explained by the director of the Protected Designation of Origin, Javier Muñoz, "one of the main interests of the Regulatory Council is that the specialized public try the protected cheese and feel first-hand the experience of its unique texture, aroma and flavour" . To this end, they proposed to Montagud "a collaboration that went beyond the announcement, and thus offer tastings to their clients and collaborators this Monday, the first day of the fair in which the restoration is very present", added Muñoz.

During the day, the Torta de Casar also shows one of its films promoting the protected cheese and the territory, and shares space with other recognized brands such as Caviar from Riofrío, anchovies from Laredo Codesa, or Balfegó bluefin tuna, among others, thus achieving that synergies between major brands guarantee the success of the initiative.

This Forum seeks to talk about gastronomy in "all its forms" and in this edition it has 300 exhibitors, 100 small producers who will present their novelties, 80 activities and expects the visit of 20,000 professionals.

1 COMMUNICATION: Repair your Debt Lawyers cancels €27,620... 2 ANNOUNCEMENT: The top premium accommodation company... 3 Platform in Defense of Transport announces a new indefinite... 4 The Ibex 35 rises 0.11% in the middle of the session... 5 Apple announces delays in the latest iPhone models... 6 ANNOUNCEMENT: ThunderApp, The Ultimate Free Cash Advance... 7 Vox supports the strike of carriers considering that... 8 ANNOUNCEMENT: OK Mobility lands in the United States... 9 ANNOUNCEMENT: ThunderApp, The Ultimate Free Cash Advance... 10 The PP proposes to extend the life of mortgages to... 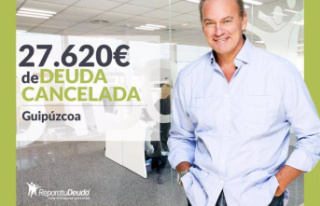