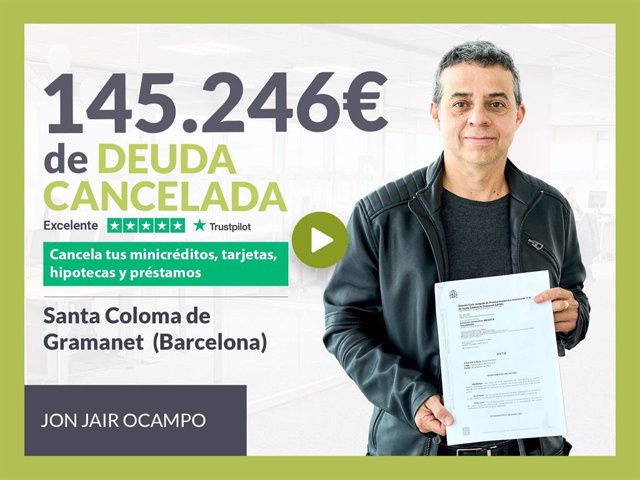 Repair your Debt Abogados, the leading law firm in Spain in the processing of the Second Chance Law, has achieved a new debt cancellation in Catalonia. Through the management of Repara tu Deuda Abogados, the Court of First Instance and Instruction No. 5 of Santa Coloma de Gramenet (Barcelona) has issued an exoneration of the unsatisfied liability in the case of Jon-Jair Ocampo, who had accumulated a debt of 145,246 euros to the that he couldn't cope. SEE JUDGMENTJon-Jair, in the video that shows the moment of delivery of the debt cancellation order, assures that "I have taken a weight off my shoulders because, having a debt, I do not sleep well and they are sleepless nights and anguish". He himself explains how he got to this point: "I owned a flat in Mataró. I lost my job. So I couldn't keep paying. I gave it back. I handed over the key. But the debt kept me going." After the result of this process, he affirms that "the wait is worth it". SEE VIDEOAs the lawyers of Repara tu Debt explain, "Spain followed the 2014 European Commission Recommendation in which it urged it to implement the mechanism of the Second Chance Law, aimed at individuals and the self-employed, provided they were in state of insolvency and they will prove it".Repara tu Deuda Abogados has helped, since it launched its activity in 2015, many people like Jon-Jair who were desperate because they did not know how to end their over-indebtedness. To date, there have been more than 20,000 individuals and freelancers who have put their case in the hands of lawyers to put an end to their anguish and be able to have a second life. This legislation allows individuals and the self-employed to be exonerated from debt payments as long as it is shown that they have previously acted in good faith, that the amount owed does not exceed 5 million euros and that they have not been convicted of socioeconomic crimes in the last ten years. The profile of those who resort to the Second Chance Law as a lifeline for their problems is very varied: small businessmen who set up a business or made investments with negative results, parents who vouched for their children, the unemployed, victims of scams, divorcees , pensioners, etc. 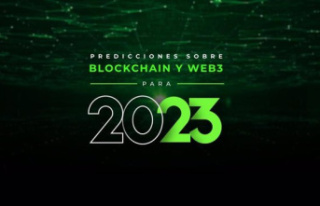