BEIJING, Nov. 12, 2022 /PRNewswire/ -- November 10-17 officially kicks off POP MART's 12th anniversary celebration. During this week, POP MART will bring a series of surprises to art toy enthusiasts around the world.

Various recently launched products can be found on the official website. SKULLPANDA's eighth series, The Warmth, has been a best seller since it hit the shelves. This series is an advance on SKULLPANDA's previous style, presenting the artist's self-acceptance and reconciliation with a faux ceramic effect. According to the POP Mart website, the company will also release the MOLLY × Ninagawa Mika Blind Box series and the DIMOO Christmas bell set on November 17.

Additionally, POP MART will release a number of limited items during the event, including INSTINCTOY M-8 ROBOT, SKULLPANDA Funky Winter Limited 100% and MEGA SPACE MOLLY CARE-A-LOT-BEAR in three sizes: 100%, 400% and 1000 %. In addition, the anniversary event also includes the surprising return of some previously popular series, such as MEGA SPACE MOLLY 100% SERIES 01, which will definitely bring more excitement to fans.

In addition to providing gamers with the latest blockbusters, POP MART also organizes a wide range of exclusive and personalized gifts, including the Random Berry Cake, 12th Anniversary Badge, 12th Anniversary DIMOO Photo Frame and the Molly*Erosion blanket. More details of the event can be found on the official website.

Since the beginning of this year, POP MART has deployed its business expansion in the European market. Established a European site on Amazon, achieving an average monthly growth rate of 148% from day one. The number of visitors accumulated during the first four months was 850,000, reaching clients from the United Kingdom, Germany, France and Italy, and in the future countries such as Spain, Poland and the Netherlands will be covered.

Art toys are also known as designer toys. Different from the traditional anime-inspired resin kits, art toys are creative works that integrate art, design, fashion, painting, relief and other elements into the support of physical toys. It is, therefore, a more artistic creative medium.

POP MART is one of the most popular and favorite art toy brands among the younger generation. In 2016, POP MART identified art toy market opportunities and began to discover and nurture outstanding art toy artists and designers. This strategy has successfully marketed the niche segment of art toys on a large scale and started the trend of art toys.

Until now, POP MART has successfully nurtured famous art toy characters, such as MOLLY, DIMOO, SKULLPANDA, THE MONSTERS, HIRONO and PUCKY, all of whom are loved by global fans.

Since 2018, POP MART has expanded its global presence to 25 countries and regions, while popularizing art toys through more than 350 stores and more than 1,800 Robo Shops around the world.

1 ANNOUNCEMENT: Davinci Motor enters the EU market with... 2 RELEASE: Supermicro Expands Computing Solutions with... 3 PRESS RELEASE: CCTV: Civilized Linchuan by the Fuhe... 4 PRESS RELEASE: Xinhua Silk Road: Jiangsu Kunshan in... 5 RELEASE: Supermicro Expands Computing Solutions with... 6 The Government asks the EU for the third payment of... 7 Free Media Distancia season tickets can now be purchased... 8 Fedea rules out that a second-round inflation is taking... 9 Montero highlights that "Spain picks up cruising... 10 The Government launches the first call for the Digital... 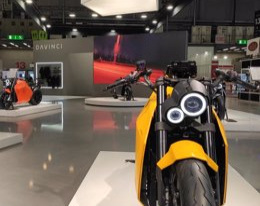