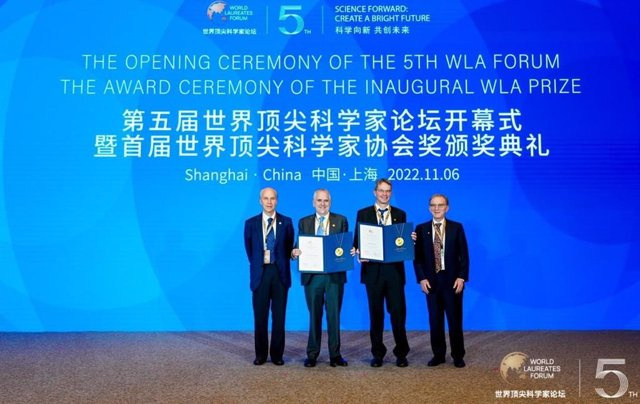 SHANGHAI, Nov. 9, 2022 /PRNewswire/ -- The 5th World Laureates Forum, or WLA Forum, was successfully held in Shanghai with the participation of 60 leading scientists from around the world, including 27 Nobel laureates.

On the forum's annual theme, "Advancing Science: Creating a Bright Future," Roger Kornberg, President of the World Laureates Association (WLA) and 2006 Nobel Laureate in Chemistry, explained that the world is changing rapidly and science can help us. to face the challenges of the future. Before its official opening, several meetings and events have been held since October 29, such as the F WLA Zero Carbon Forum, the WLA SHE Forum, the WLA Sci-T Conference and the newly launched WLA Laboratories Forum. (Follow the WLA Forum on Twitter and Facebook @wlaforum)

In particular, on November 6, the first World Laureates Association Prize (WLA Prize) was awarded to two scientists at the opening ceremony. The 2022 WLA Prize in Computer Science or Mathematics was awarded to Michael I. Jordan, Professor in the Department of Electrical Engineering and Computer Science and the Department of Statistics at UC Berkeley, for his fundamental contributions to the foundations of machine learning and its application. And the 2022 WLA Prize in Life Sciences or Medicine was awarded to German biochemist Dirk Gorlich, Scientific Fellow and Director of the Max Planck Institute for Multidisciplinary Sciences, for his key discoveries in elucidating the mechanism and selectivity of protein transport between the cytoplasm and the core.

Michael I. Jordan, 2022 WLA Prize Laureate in Computer Science or Mathematics - "We have a tradition at Berkeley that when someone receives an award, in the email, there is a congratulations from all over the world throughout the day. So It is very nice that you receive 100 congratulatory emails."

Dirk Gorlich, 2022 WLA Prize Laureate in Life Sciences or Medicine - "I was surprised and very happy. I felt very honored. I must also say that one should not do science just expecting an award. Science itself is very rewarding." It is a great privilege to do science."

The economic endowment of each prize is 10 million yuan (1.39 million dollars). More information about the WLA Prize nomination in 2023 will be announced on the official page www.wlaprize.org. 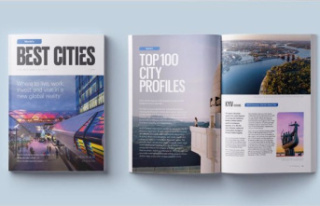