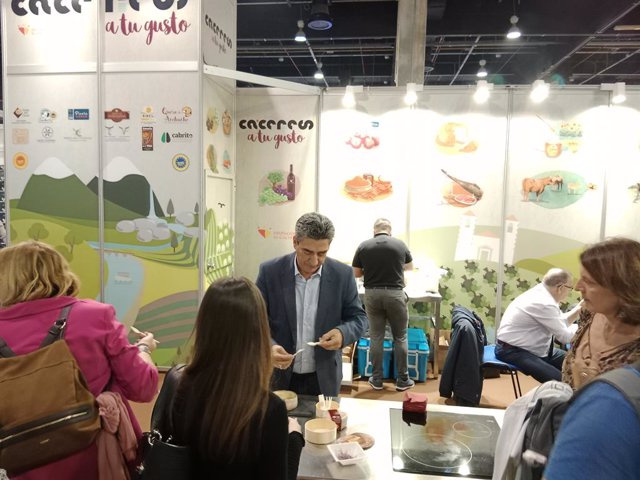 Casar de Cáceres, November 7, 2022.- The Regulatory Council of the Protected Designation of Origin Torta del Casar participates for the first time in Mediterránea Gastrónoma, one of the most important fairs in the Mediterranean, which is held from November 13 to 15 in Valencia.

The D.O.P Torta del Casar attends to promote the cheese from the stand of the Diputación de Cáceres with the aim of consolidating its promotion among professionals in the gastronomic sector. Attendees will be able to taste the protected cheese, as well as obtain informative material on the Protected Designation of Origin.

For Torta del Casar, being at the Mediterránea Gastrónoma is an important step on its way to making cheese known in different scenarios because the fair "energizes and reinforces the entire value chain of the gastronomy sector in its most professional sphere" . The director of the Protected Designation of Origin, Javier Muñoz, points out that it means going back to "direct promotion in the Mediterranean arc, an area that is very important for registered dairies due to their purchasing power" and hopes that "consumption levels go back soon to 2018, when it peaked.”

The "most important event in the Mediterranean" has 20,000 square meters, with more than 200 high-level speakers and approximately 250 exhibitors dedicated to gastronomy.

The fair has 14 spaces, among which the

1 ANNOUNCEMENT: FLEXA returns to Spain: a unique store... 2 ANNOUNCEMENT: The first chargers with energy storage... 3 ANNOUNCEMENT: From Riyadh to Dhahran: Ithra welcomes... 4 STATEMENT: AEP II reaches a first closing of 336.6... 5 ANNOUNCEMENT: WiseChip (WSI): Launch of the device... 6 Calviño and Subirats launch the network of AI and... 7 ANNOUNCEMENT: OeKB CSD and Montran offer the CSD Issuance... 8 COMUNICADO: Tus Taquillas: analysis of the work environment... 9 The Ibex 35 closes with a rise of 0.8% and consolidates... 10 COMMUNICATION: Repair your Debt Lawyers cancels €262,503... 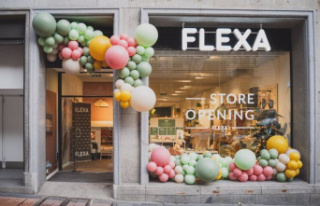