ANNOUNCEMENT: Vallsur will have activities and raffles on the occasion of the Qatar World Cup 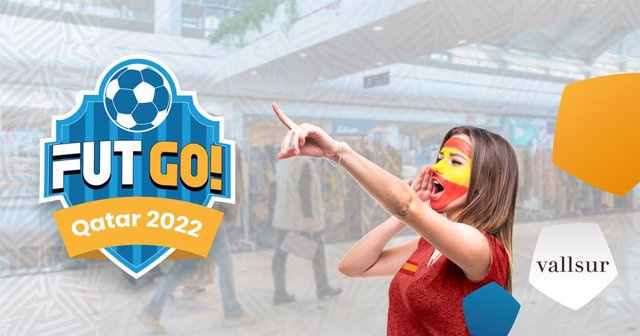 · Until December 18, the Valladolid shopping center launches the FutGo! Qatar, with a Fan Zone full of activities, games and raffles, as well as a 'Grand Cheer' where you can win up to 10,000 euros

Valladolid, November 10, 2022.- November is the month chosen for the start of the 2022 World Cup in Qatar, and to celebrate it, Vallsur launches the FutGo! Qatar, an initiative full of activities, games and raffles for football lovers, which will be available until December 18.

The Valladolid shopping center will have a 'Fan Zone' to have fun and win one of the hundreds of prizes up for grabs. In this area, fans of this sport will be able to demonstrate their skills in different games: there will be goals to shoot on goal and bring out the striker in them, a screen where they can shoot interactive penalties, a modern, state-of-the-art table football to play with as a family, and a daily baton.

All the games are aimed at both adults and children, and they will have thousands of prizes to distribute as a family: balls; Tshirts; sporting goods, discounts and prizes in stores and restaurants, and raffles for VIP prizes such as game consoles and other electronic items. In order to participate, you can access the Vallsur app and present a minimum ticket of 5 euros.

In addition to the 'Fan Zone', a 'Grand Cheer' will also be played, until November 19, one day before the start of the Qatar competition. This draw consists of users guessing and placing their bets on the results and the best players of the teams that will compete against each other in the World Cup.

As requirements to participate in the 'Gran Porra', you must present a purchase receipt, minimum 30 euros and be a member of the center's loyalty club. The winner who manages to guess the final result, the teams and the best player in the competition, will be able to win 10,000 euros. It will be communicated who or who have got those three questions right on December 18, the date on which the competition ends.

- Place: First floor (next to H

· The great Club of the World Cup:

Since its opening, the Vallsur shopping center, managed by CBRE REAL ESTATE, has become a benchmark in the city of Valladolid. With an area of ​​35,160 m2, more than 90 stores and 2,000 parking spaces, the center offers its customers a wide range of services whose objective is to satisfy all their needs. In addition, Vallsur has a clear policy of commitment to the environment, as evidenced by its environmental management system in accordance with the ISO 14001:2004 standard.

For more information or interview management:

1 The Ibex 35 struggles to maintain 8,000 points in... 2 Sixt achieves a profit of 361.86 million euros until... 3 Generali earns 2,233 million until September, 0.8%... 4 24% of consumers will advance part of their Christmas... 5 COMMUNICATION: Deyde DataCentric analyzes which are... 6 COMMUNICATION: Davis Cup 2022: Sports tourism increases... 7 FlixBus transports 1.7 million passengers on the Peninsula... 8 COMMUNICATION: Philips bets on helium-free technology... 9 The price of electricity falls 14.6% this Friday,... 10 Binance gives up coming to the rescue of FTX 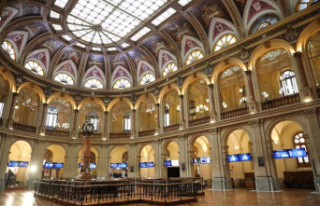