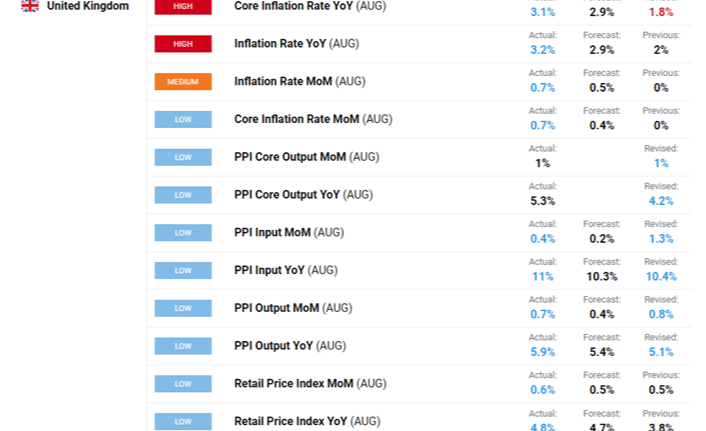 GBP/ US is moving higher after August's UK inflation numbers showed an increase in the headline rate to 3.2%. This is above the previous 2.0% as well as the 2.9% consensus forecast by analysts polled at the news agencies. Core inflation rose by more than anticipated.

With the UK unemployment and inflation rising faster than expected, more members of Bank of England's Monetary Policy Committee are likely to become hawkish. This could bring closer the day when Bank of England will tighten UK monetary policies.

GBP/USD has now recovered about half of the losses recorded Tuesday in US trading hours. However, it faces resistance at 1.3850, which is around a trendline that was once support, but could act as resistance.

Next week's UK retail sales data will be released on Friday. It is expected to show a 2.7% increase in year-over-year growth in August. However, the inflation and employment numbers suggest that there is a possibility of the numbers exceeding expectations, despite continued fears about global growth, reinforced by recent data from China, which showed retail sales and industrial production below the forecasts for the year.

1 USD/JPY Technical Setup Dragging Along 2 The British Pound slips after data, but is still within... 3 Euro Forecast: The EUR/USD price may fall ahead of... 4 The Impact of the Rise of Crypto-Currency on Online... 5 Social Media Marketing; Methods to Boost Brand Awareness 6 Strategies to Make Your Payroll Process Easier 7 What Is Wolfe Wave in Trading? 8 How Central Banks Impact the Forex Market 9 Canadian Dollar Price Forecast: USD/CAD Snaps back... 10 Australian Dollar Outlook: China Energy and Yields... 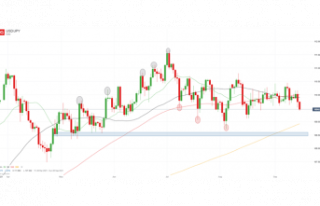