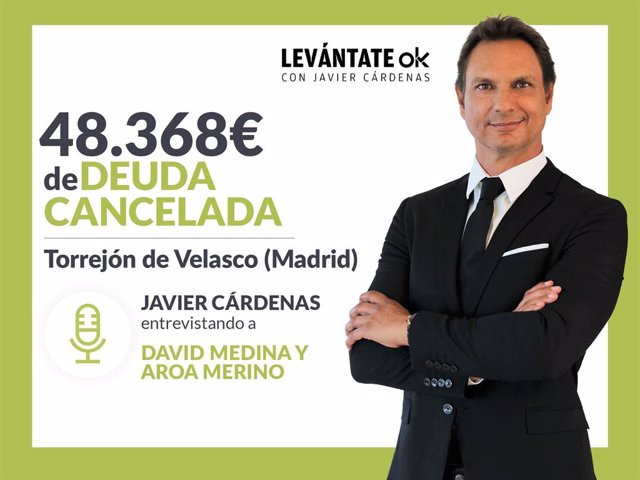 Repair your Debt, the leading law firm in Spain in the Second Chance Law, has managed to cancel a debt of 48,368 euros in Torrejón de Velasco (Madrid). The marriage formed by David Medina and Aroa Merino has been interviewed by the presenter Javier Cárdenas, in his program 'Levántate OK'. It is the space that Javier Cárdenas has in OKdiario in which he talks face to face with some of the most indebted people in the country in collaboration with Repara tu Deuda, the leading law firm in Spain in the Second Chance Law. SEE SENTENCE In the case of these exonerated, at first they had requested few loans. Later they asked for a few more to pay for their wedding. Unfortunately, the economic situation of both was getting worse without seeing a solution to their problems. As David Medina himself explains in more detail: "my wife and I started with a loan a few years ago for rent, a small entry, buy some furniture to start living together a little. Then, we asked for another loan to pay off that and do other life projects. From one loan you jump to another. For our wedding we wanted to do a project and you also want to take away the previous one. In the end the accounts do not add up. Everything begins to fall apart. They fire me from the company where I was and everything starts to go wrong. I decide to set up a company on my own but until everything starts to take off, it's hard.'' FULL INTERVIEW Javier Cárdenas was recently appointed Client Ombudsman for Repara tu Deuda Lawyers. and mediate between the company and the client in order to help anyone to take advantage of the Second Chance Law.For this there is also an email with the aim of sending these messages: cardenas@reparatudeuda.esRepara tu Deuda is the pioneer law firm in the Second Chance Law in Spain, having been founded the same year it was approved, 2015. In addition, it is the one that has canceled the most debt, having passed the figure of 107 million euros of exonerated debt. Repara tu Deuda Lawyers has helped many desperate people who did not know where to go to ask for help to get out of the situation they found themselves in. More than 20,000 individuals and freelancers have started the process with the firm to start a second life without debt. In order to benefit from the Second Chance Law and cancel their debts, they must meet a series of requirements, such as, for example, acting in good faith, or that the debt does not exceed 5 million euros. 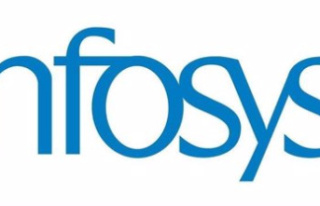