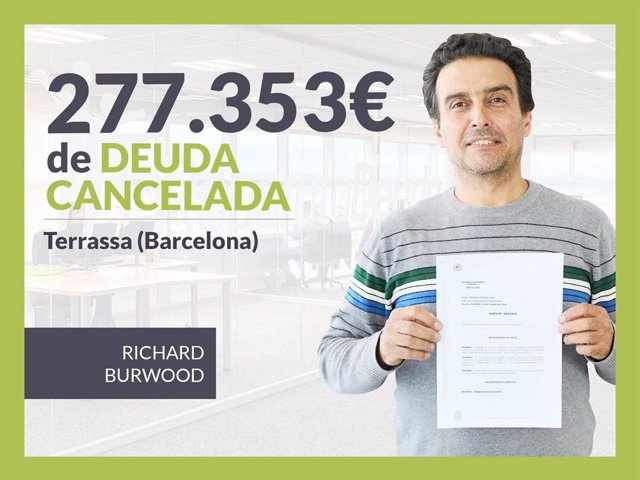 The law firm, founded in 2015, is a pioneer in the debt cancellation market for individuals and the self-employed in Spain

Repair your Debt Lawyers, the leading law firm in Spain in the processing of the Second Chance Law, has achieved a new debt cancellation in Terrassa (Barcelona). Through the management of Repair your Debt Lawyers, the Commercial Court No. 1 of Barcelona (Catalonia) has issued an exemption from unsatisfied liabilities in the case of Richard Burwood, a resident of Terrassa (Barcelona), who had accumulated a debt of 277,353 euros to which he could cope. SEE SENTENCE Richard Burwood explains that, after the resolution, he is "relieved, taking a weight off my shoulders. I have never liked having debts." And it is that the situation affected him a lot personally since "you cannot sleep. They call you. You are not happy. Now you are." As a result of the result achieved, he states that he "would 100% recommend the Second Chance Law." He admits that I came here "because of another family friend who had joined Repair your Debt." SEE VIDEOAs the lawyers at Repair Your Debt explain, "Spain incorporated the Second Chance Law into its legal system, a mechanism designed to cancel the debt of individuals. It did so following the 2014 European Commission Recommendation" . Repara tu Deuda Lawyers, founded in September 2015, is the pioneering law firm in the debt cancellation market for individuals and the self-employed in Spain. Since its inception it has helped many people in desperate situations who did not know where to ask for help. It has 20,000 clients who have put their history of over-indebtedness in its hands with a view to starting a new life. The law firm boasts a 100% success rate in the cases processed. To date, it has managed to exceed the figure of 107 million euros exonerated to its clients through the application of the Second Chance Law. The lawyers at Repair Your Debt adapt to each case according to the economic capacity of their clients, with the maxim of not leaving anyone without a second chance. they have acted in good faith, that the debt does not exceed 5 million euros or that they have not committed any socio-economic crime in the last ten years. Repara tu Deuda lawyers has an app available for Android and IOS, baptized with the name of MyRepara, which allows to further reduce the costs of the procedure and allows lawyers to attend meetings by video call.

1 ANNOUNCEMENT: Vallsur will have activities and raffles... 2 The Ibex 35 struggles to maintain 8,000 points in... 3 Sixt achieves a profit of 361.86 million euros until... 4 Generali earns 2,233 million until September, 0.8%... 5 24% of consumers will advance part of their Christmas... 6 COMMUNICATION: Deyde DataCentric analyzes which are... 7 COMMUNICATION: Davis Cup 2022: Sports tourism increases... 8 FlixBus transports 1.7 million passengers on the Peninsula... 9 COMMUNICATION: Philips bets on helium-free technology... 10 The price of electricity falls 14.6% this Friday,... 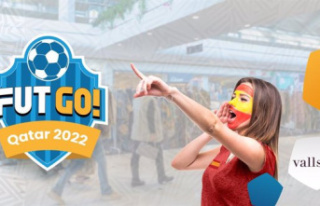 ANNOUNCEMENT: Vallsur will have activities and raffles...