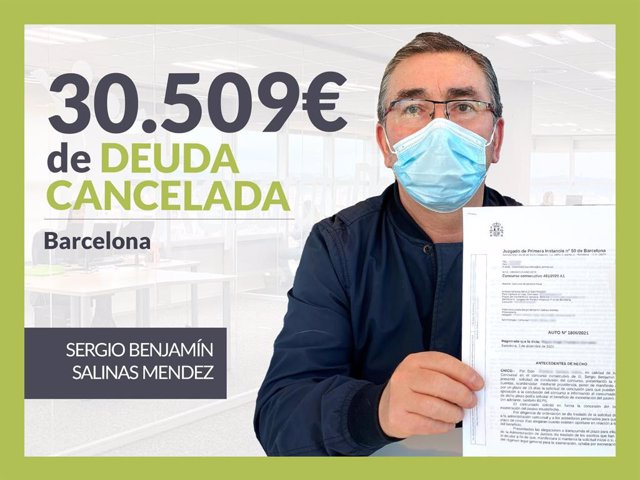 Repair your Debt Lawyers, the leading law firm in Spain in the processing of the Second Chance Law, has achieved another debt cancellation in Barcelona (Catalonia). Through the management of Repair your Debt Lawyers, the Court of First Instance No. 50 of Barcelona (Catalonia) has issued an exemption from unsatisfied liabilities in the case of Sergio Benjamín Salinas, who had accumulated a debt of 30,509 euros that he could not face. SEE SENTENCE. Sergio Benjamín acknowledges that at the beginning of the process he had doubts that everything would turn out well: "at first I mistrusted, but time passes and you realize that the solution to your problems is coming." Given this result, "my family group is very happy to have achieved this." So that other people can benefit from this legislation, I would encourage them to "trust Repara tu Deuda lawyers, that everything will come to fruition," he concludes. SEE VIDEORepara tu Deuda Lawyers has helped, since it started its activity in 2015, many people in desperate situations who did not know where to ask for help. To date, it has more than 20,000 clients who have put their case in its hands to cancel the debts they have contracted and which they cannot face. The law firm boasts a 100% success rate in all its cases. This has meant having exceeded the figure of 107 million euros canceled to its clients, which makes it the leader in the market for canceling debts for individuals and the self-employed. The lawyers at Repair your Debt try to adapt to each case according to economic capacity. of the client, knowing the situation in which they find themselves and with the idea of ​​not leaving anyone without a second chance to start over with more strength. of requirements such as that the debt does not exceed 5 million euros, that he be considered a bona fide debtor and that he has not committed any socio-economic crime in the last ten years. Fulfilling the requirements, they can request the cancellation to the court and thus obtain it.

1 The Spanish Stock Market trades 42% less in October 2 Mitsubishi almost quadruples its half-year earnings,... 3 Kia improves its global sales figures by 8.6% in October,... 4 The Ibex 35 falls 0.2% and trades below 8,000 integers,... 5 COMMUNICATION: Climava, awarded the design and construction... 6 COMMUNICATION: Presentation of the White Paper on... 7 PRESS RELEASE: Xinhua Silk Road: China's Zoomlion... 8 ANNOUNCEMENT: Clario extends its leadership in the... 9 Iberdrola shoots up its client portfolio of the regulated... 10 ANNOUNCEMENT: Anne Hathaway Shines Spectacularly in... 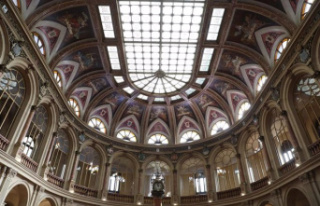