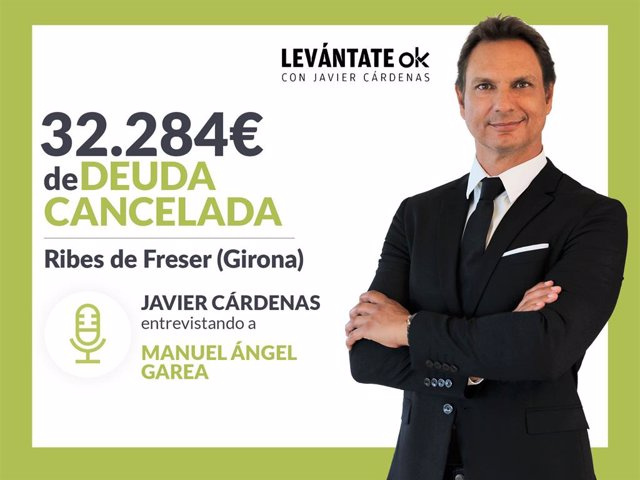 The presenter of ‘Levántate OK’, Javier Cárdenas, interviews those exonerated with the Second Chance Law

Repair your Debt Lawyers, the leading law firm in Spain in the application of the Second Chance Law, has achieved a new cancellation of debt in Catalonia. This is the case of Manuel Ángel Garea, a resident of Ribes de Freser (Girona), whom the Court of First Instance and Instruction No. 1 of Ripoll (Girona) has exonerated 100% of his debt. SEE SENTENCE. The radio presenter, Javier Cárdenas, has had the opportunity to speak with him on his daily program 'Levántate OK', once freed from his debts thanks to the Second Chance Law. FULL INTERVIEWThe exonerated had a large loan. By mistake, he applied for a personal loan that was granted to him at the time. He wanted to return it but the bank convinced him that he could pay it and he kept it. He himself admits that, after all this, "he couldn't pay for the house, he didn't have enough to eat." , is broadcast through the OKdiario website. Repara tu Deuda is the pioneer law firm in Spain in the application of the Second Chance Law, having been created in the same year 2015. In addition, it is the one that has canceled the most debt, having managed to exceed 107 million euros exonerated .Javier Cárdenas is the Client Ombudsman of Repara tu Deuda Lawyers. His job is to help anyone who wants to benefit from the Second Chance Law. There is also an email address to write to: cardenas@reparatudeuda.es To qualify, a series of requirements must be met, such as being considered a debtor in good faith, that the amount of the debt does not exceed 5 million euros, or not having committed any socioeconomic crime in the last ten years. 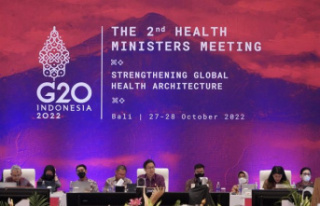 STATEMENT: The meeting of the G20 Health Ministers...