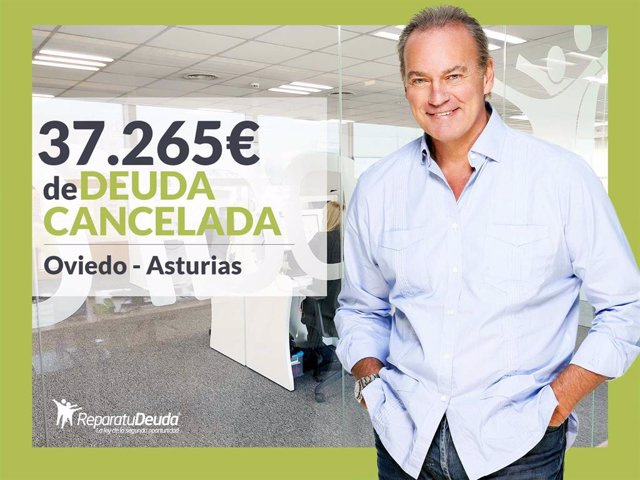 The Court of First Instance No. 2 of Oviedo (Asturias) has issued a Benefit for the Exemption of Unsatisfied Liabilities (BEPI) in the case of a person with a debt of 37,265 euros. The case has been processed by Repara tu Deuda Abogados, the leading law firm in Spain in the Second Chance Law. SEE SENTENCE."In his case -explain the lawyers of Repara tu Deuda- he could not keep the job he had due to health problems. His accounts, obviously, were seriously affected. He could not live like this and had the need to ask for a first loan. Since he couldn't move forward with it, he applied for new ones. He couldn't turn his situation around, which got worse and worse. Finally, he started with the second chance mechanism to have a new life". The Second Chance Law was approved by the Parliament of Spain in 2015 following the recommendation of the European Commission to implement a system for the cancellation of the debt of individuals and the self-employed. The law firm launched its activity in September of that same year, helping individuals and freelancers to cancel the debts they have contracted and those they cannot afford. It is a mechanism originating in the United States, a country that has more than 100 years applying it. She has welcomed reference characters such as Steve Jobs or Walt Disney. The law firm focuses its activity exclusively on the application of this legislation, which has led it to become specialists in its processing and undisputed leaders in this market, exceeding the figure of 107 million euros exonerated to its clients. To date , 20,000 clients have put their case in the hands of Repara tu Deuda in order to benefit from this legislation and have a second chance. To offer them guarantees, the sentences issued by the Spanish courts in which the firm has participated are published on its website, respecting the anonymity of those who so wish. Repara tu Deuda Abogados has a 100% success rate in the cases processed. Bertin Osborne, the new image of Repara tu Deuda Abogados, collaborates with the firm so that this legislation is increasingly better known throughout Spain. "It is important - the lawyers declare - that every potential beneficiary knows that there is a way out of all their problems and that it is not necessary for them to carry all these debts for life."

1 CALL: What do young people think about the "Crystal... 2 The Ibex 35 fell 0.4% in the middle of the session,... 3 Madrid will not extend the 50% reduction of the transport... 4 Baking a cake is 43% more expensive than a year ago... 5 ANNOUNCEMENT: TUI launches its "Boyfriends 2023"... 6 COMMUNICATION: José Ángel Palao awarded with the... 7 COMMUNICATION: Normadat incorporates the objectives... 8 COMMUNICATION: Consolis Tecnyconta incorporates Graphene... 9 ANNOUNCEMENT: Cloudbeds Amplify, the new digital marketing... 10 COMMUNIQUÉ: The removal of the CIIE won a fruitful... 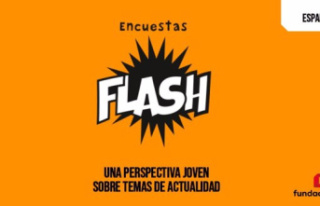 CALL: What do young people think about the "Crystal...