COMUNICADO: Aramco affiliate S-OIL to build one of the world's largest petrochemical crackers in South Korea

DHAHRAN, Saudi Arabia, Nov. 17, 2022 /PRNewswire/ -- Aramco is making its biggest ever investment in South Korea to develop one of the world's largest refinery-integrated petrochemical steam crackers through its S-OIL affiliate, in line with the company's strategy to maximize the crude to chemicals value chain.

The $7 billion Shaheen project aims to convert crude oil into petrochemical feedstock and would represent the first commercialization of Aramco and Lummus Technology's TC2C thermal crude to chemicals technology, which increases chemical yield and reduces operating costs. It follows an earlier $4 billion investment into the first phase of the petrochemical expansion completed in 2018.

Located at S-Oil's existing site in Ulsan, the new plant is planned to have the capacity to produce up to 3.2 million tons of petrochemicals annually and include a facility to produce high-value polymers. The project is expected to start in 2023 and be completed by 2026.

The steam cracker is expected to process by-products from crude processing, including naphtha and off-gas, to produce ethylene — a building block petrochemical used to make thousands of everyday items. The plant is also expected to produce propylene, butadiene and other basic chemicals.

Aramco Senior Vice President of Downstream, Mohammed Y. Al Qahtani, said: "Shaheen aspires to be a gamechanger not only for S-OIL in South Korea, but also for our global chemicals business, allowing us to process a greater range of feedstocks in a more efficient and less energy-intensive way. The project represents the first large-scale deployment of Aramco's thermal crude to chemicals technology and shows how, through better design, we can contribute to the transition to more efficient and more sustainable production processes."

The new steam cracker is planned to use mixed feedstocks, outperforming naphtha-based crackers in terms of overall efficiency and performance. Upon project completion, S-OIL chemical yield based on volume could almost double to 25%, which demonstrates the impact of this cutting-edge technology, complementing Aramco's strategy to expand its liquids to chemicals capacity to up to 4 million barrels per day.

Aramco is the majority shareholder of S-OIL, holding more than 63% of the company's shares through its Aramco Overseas Company B.V. subsidiary.

Aramco is a global integrated energy and chemicals company. We are driven by our core belief that energy is opportunity. From producing approximately one in every eight barrels of the world's oil supply to developing new energy technologies, our global team is dedicated to creating impact in all that we do. We focus on making our resources more dependable, more sustainable and more useful. This helps promote stability and long-term growth around the world. www.aramco.com.

1 Social Security gains 6,487 foreign affiliates in... 2 Hoffman (GSMA) sees the public-private collaboration... 3 Squirrel Media raises its profit by 10% until September 4 The Ibex 35 dawns with a rise of 0.2% and defends... 5 28% of companies anticipate that the end of the bankruptcy... 6 The Hotel-Teatro Albéniz in Madrid opens its doors... 7 The issuance of shares in the capital markets in Spain... 8 The debt marks a new all-time high in September, with... 9 The trade deficit is multiplied by four until September... 10 RELEASE: Campiña Digital celebrates twenty years... 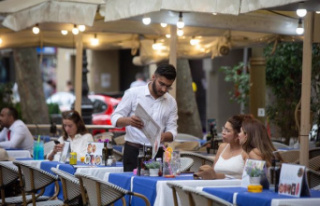