Gold Price Forecast: Monotony continues in XAU/USD, with a focus on NFP increases

The price of gold (XAU/USD) is once again trapped in a tight 15 point range after a failed attempt to break higher last week. 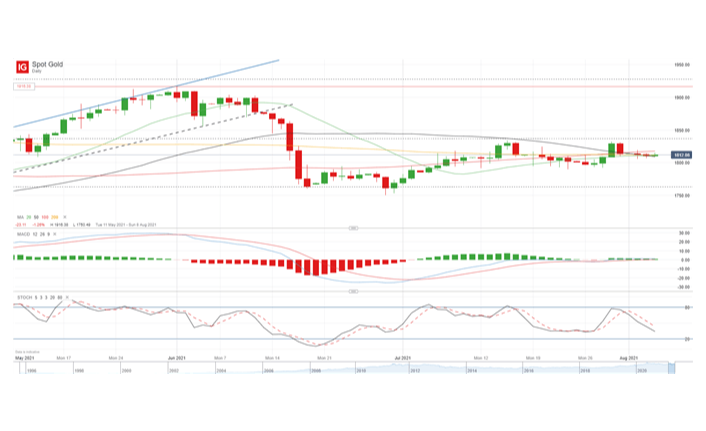 The precious metal has traded at the same level for the past month. It has only made two attempts to break from the range, which only allowed it to climb 20 pip before being pulled back down.

While gold had been acting as an insurance against central bank inaction, it had gained some momentum during April and May. However, a series of more hawkish Fed messages has left the precious metal without any shine. It is now just following along and stepping either way of the 1,800 mark.

The neutral Fed stance so far hasn't boded well for the US Dollar and with real yields hovering around record lows I would have expected gold to see a little more excitement as these two variables have made the outlook more bullish.

We have Fed vice-chairman Clarida, speaking today with a focus on the US economy outlook and monetary policies. Investors will be seeking guidance from the Fed on its outlook as they head into the Jackson Hole symposium. Expectations are that Clarida will reiterate Powell's message that the economy has output gaps and that action needs to be taken before the gap is filled. After Fed member Waller made a sudden change from being dovish and signaled that he was willing to see the central banking begin tapering due to rising inflation concerns. Waller's key measure will be the job market. He would like tapering to begin as soon as October if there is an increase in employment by 800,000. This Friday's NFP report will get more attention, as the job market has been highlighted as a key indicator on numerous occasions.

Despite a positive July run, XAU/USD is still far from its 6-month highs at the May end. This was after the precious metal suffered its worst monthly performance for four-and-a half years in June. Momentum has stalled at 38.2% Fibonacci (1.836) and the three trading day of August have given little direction. It is not surprising that XAU/USD stays within its Fibonacci range (1.762-1.836) throughout the month, although a move lower could be possible if the Fed becomes more hawkish and increases US Dollar momentum. 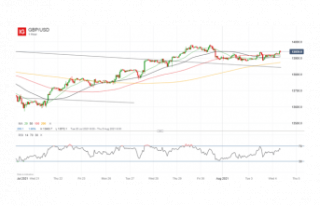