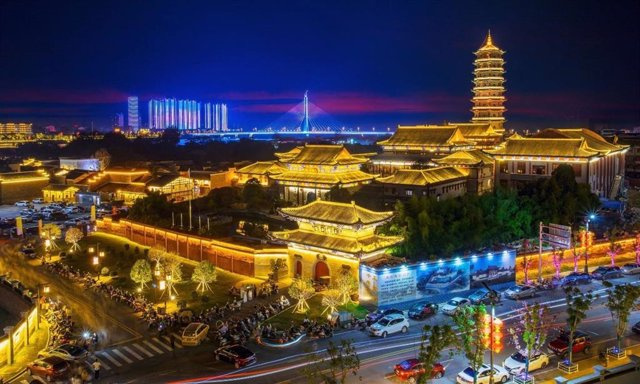 BEIJING, Nov. 12, 2022 /PRNewswire/ -- Fuzhou, which was called "Linchuan", is known as "Home of Talents, Cradle of Culture". The talented scholars and teachers here were famous at home and abroad, forming the profound Linchuan culture characterized by numerous celebrities, prosperous education, and flourishing art.

Fuzhou is reputed to be the birthplace of talent. Among them, Yan Shu, a famous ci writer in the Northern Song dynasty, Wang Anshi, a great reformer, Zeng Gong, a great master of writing, Lu Jiuyuan, a master of philosophy of mind in the Eastern Song dynasty. Sur, and Tang Xianzu, a great Chinese opera playwright in the Ming dynasty, are especially famous.

Represented by the Chen Ziming dynasty and Wei Yilin, Fuzhou is reputed to be the cradle of traditional Chinese medicine, as Xujiang medicine was one of the four major schools of local medicine in ancient China.

Fuzhou is the cradle of Neo-Confucianism thanks to Lu Jiuyuan, a philosopher and educator of the Southern Song dynasty, who was the creator of the Philosophy of Mind and the founder of the "Universal Mind" School, and Wu Cheng a famous Neo-Confucianist. and educator of the late Song dynasty and early Yuan dynasty who was called "Wu in the South and Xu in the North" along with Xu Heng, founded the "Caolu School" and was honored as the only teacher after Zhu Xi by QianMu.

Fuzhou is the birthplace of Chinese opera and Tang Xianzu was known as the "wise man of opera in China" and "Shakespeare in the East". In addition, Nanfeng tiaonuo (masked dance), Guangchang mengxi, Yihuang-xi, Le'an nuowu, Linchuan caicha-xi and other folk dances and operas are inscribed on the national intangible cultural heritage list.

In the late Tang dynasty and during the Five Dynasties, Zen culture prevailed and there were temples everywhere in Fuzhou. Therefore, it was reputed to be the "Zen River Center in the World" at that time. Various Zen sects originated and developed in Fuzhou.

Fuzhou is the home of Magu, the goddess of longevity in Chinese folk belief. Nancheng County, located in Fuzhou, has been named the "Home of Magu Culture in China". The great calligrapher Yan Zhenqing wrote and monumentalized Magu in Linchuan, and created the "Story of the Magu Mountain Immortal Altar", which was praised as the "world's first regular script".

1 PRESS RELEASE: Xinhua Silk Road: Jiangsu Kunshan in... 2 RELEASE: Supermicro Expands Computing Solutions with... 3 The Government asks the EU for the third payment of... 4 Free Media Distancia season tickets can now be purchased... 5 Fedea rules out that a second-round inflation is taking... 6 Montero highlights that "Spain picks up cruising... 7 The Government launches the first call for the Digital... 8 Electromobility, an opportunity for the decarbonization... 9 The price of electricity rises 25% this Sunday, to... 10 ANNOUNCEMENT: Huawei Data Center Facility Unveils... 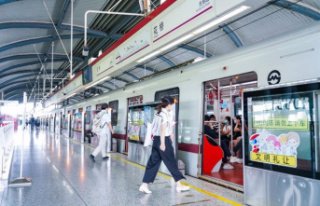