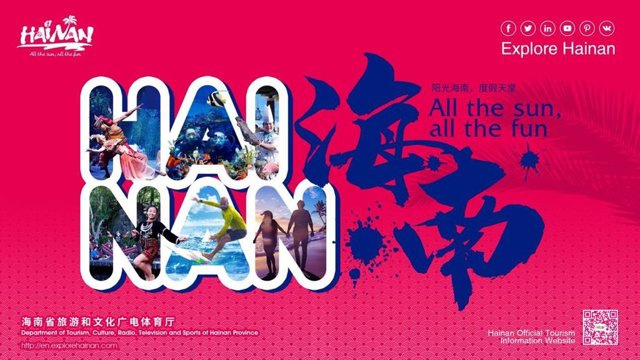 HAIKOU, China, Nov. 22, 2022 /PRNewswire/ -- Hainan's promotional film "All the Sun, All the Fun" has attracted great attention during the 21st "Chinese Bridge" Chinese Proficiency Contest. Released by the Hainan Provincial Department of Tourism, Culture, Radio, Television and Sports, the promotional film brightened up the preliminary and final tests of the Chinese proficiency quiz. It offers contestants, ambassadors, judges and thousands of spectators a glimpse of Hainan, a free-trade port of China with a picturesque ecology and a first-class investment climate.

The "Chinese Bridge" Chinese Proficiency Contest is organized by Chinese embassies in foreign countries and the China Center for Language Education and Cooperation. Dignitaries from participating countries often attend and speak at the contests. For the 2022 contests, the Chinese Bridge Club mobile app opened a special column showing Hainan's beautiful natural scenery, deep culture, and business development advantages as a duty-free shopping destination for tourists. By presenting its rich tourism and cultural resources, Hainan aims to attract more global attention.

The "Chinese Bridge" contests have been held for 21 consecutive years, and the 2022 events moved online via live streaming platforms. The contest has recorded a total audience of more than one million viewers worldwide.

Hainan, China's free trade port, welcomes young people who are fluent in Chinese to develop their career in Hainan, and tourists from all over the world to feel the charm of an island destination.

Caption: A banner with the image of Hainan during the "Chinese Bridge" Chinese knowledge contest.

1 RELEASE: intu Xanadú will distribute more than 1,500... 2 COMUNICADO: The high-performance single-seater 777... 3 RFOptic has received a major order from a European... 4 COMUNICADO: Infosys to Digitize and Automate Processes... 5 RELEASE: Repara tu Deuda Abogados cancels €15,462... 6 RELEASE: Jumpers, chosen Best Agency of the Year 2022 7 The Ibex 35 rises 1.27% at mid-session thanks to the... 8 UP charges against the agreement between the Government... 9 Movistar expands its Buyback program and will also... 10 RELEASE: People Excellence signs an agreement with... 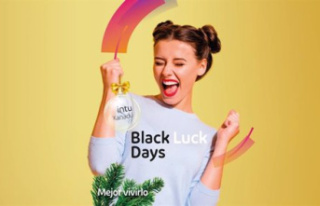