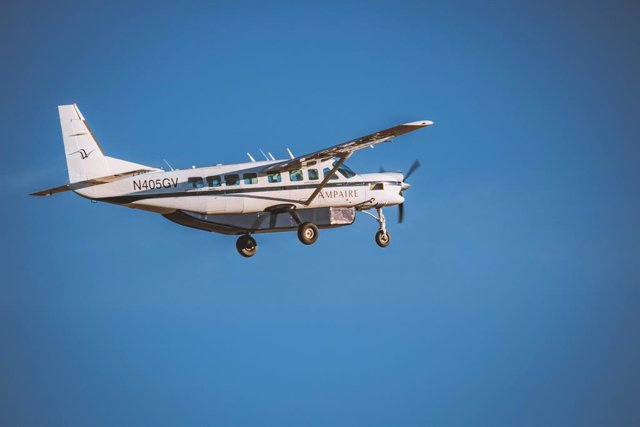 CAMARILLO, Calif., Nov. 19, 2022 /PRNewswire/ -- Ampaire's Eco Caravan, a nine-seat regional jet, today made its first flight with a fully integrated hybrid-electric propulsion system. Ampaire expects it to be the first electrified regional aircraft to enter commercial service (certification in 2024) and the first in a series of larger hybrid-electric aircraft from Ampaire that will lead a transition to sustainable aviation.

"Aviation is the hardest industry to decarbonise," Ampaire CEO Kevin Noertker said. "All-electric aircraft have a range limited by the weight and power capacity of current-generation batteries. However, hybrid aircraft can retain the range and utility of current aircraft. That's why we focused on hybrid propulsion- power for a number of increasingly capable regional aircraft. It's a way for the airline industry to decarbonize more quickly and also benefit from lower operating costs."

Today's achievement adds momentum to a program that has attracted key customers and participants in recent months. In October, the company announced a relationship with Air France Industries KLM Engineering and Maintenance (AFI KLM E

A "smooth and quiet" first flight

The Eco Caravan improves upon the standard Cessna Grand Caravan with Ampaire's integrated powertrain of a compression-ignition engine and an electric motor. A battery pack in a body fairing preserves the passenger and cargo capacity of the aircraft.

The first flight lasted 33 minutes to carry out the initial checks of the propulsion system. With test pilot Elliot Seguin at the controls, the Eco Caravan took off from Camarillo Airport, north of Los Angeles, at 7:49 am PST. It ascended to 3,500 feet at full power, combining the power of the combustion engine and the electric motor. Seguin then reduced cruise speed, reducing the load on both power sources. He spent about 20 minutes testing various power settings while studying temperatures and other readings before making a descent and final approach to Camarillo on a low power setting. "The Eco Caravan's powertrain performed as expected," Seguin said. "It was smooth and quiet. All temperature and power readings were normal."

The Eco Caravan reduces fuel consumption and emissions by up to 70%. Emissions are close to zero when using sustainable aviation fuel. The cost of the operation is reduced between 25 and 40 percent, depending on the structure of the airline's route. The cost per available seat-mile is close to that of driving.

The Eco Caravan can recharge its batteries in flight or at charging stations on the ground. Since charging infrastructure will be limited for a few years, the ability to function independently of charging on the ground is critical to preserving the full utility of the Eco Caravan.

The first of a new generation of sustainable electrified aircraft

"While we are proud of the Eco Caravan, we see it as a first step towards larger hybrid-electric powertrains and ultimately zero emission systems as energy storage technology advances," said Noertker.

The first to hit the market

Ampaire is already working with the FAA to certify the Eco Caravan in 2024 with a supplemental type certificate, an STC. The Ampaire approach differs from others in that it does not require a full aircraft certification program, which can be time consuming and expensive. The Grand Caravan is already certified by the FAA. Ampaire will certify it to fly with a new propulsion system.

"Launching hybrid-electric aviation is not an easy task, but we have made it easier by upgrading an already certified aircraft," Noertker said. "We will get to market faster and allow airlines around the world to start gaining operational experience with this new type of propulsion. And we will work with them on subsequent models to meet the needs of their networks."

Note to the media: We expect the first video of the flight later today. www.ampaire.com/press.

Los Angeles-based Ampaire was formed in 2016 with a mission to become the world's most trusted developer of compelling and practical electric aircraft. The company is upgrading existing airliners to hybrid electric power, the fastest and most capital-efficient approach to making electric commercial air travel a reality with available technology. Ampaire has achieved a number of industry firsts since the maiden 2019 flight of its EEL electric-powered test aircraft, including the longest flight ever for a hybrid-electric aircraft: 1,135 statute miles en route from Los Angeles to Oshkosh, Wisconsin . For more information about Ampaire, visit https://www.ampaire.com/.

1 The labor reform and the Covid reduce mobility and... 2 Renfe 'leaves' Telefónica and chooses Barrabés... 3 Acciona wins a highway contract in Poland worth 226... 4 Sareb and the bank will face each other on Tuesday... 5 Lego foresees a "positive" Christmas campaign,... 6 The price of electricity falls this Monday by 21.6%,... 7 Rueda asks Transport by letter to "prevent"... 8 RELEASE: The new THREAD LIFT with approved design... 9 STATEMENT: Bitget increases the Protection Fund to... 10 The historic Robert Iger returns to the direction... 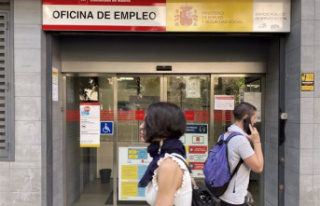 The labor reform and the Covid reduce mobility and...