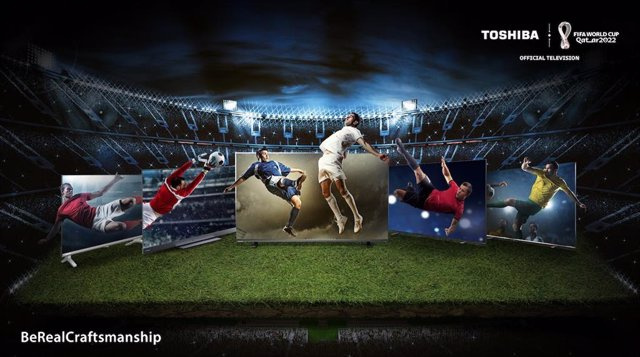 HONG KONG, Nov. 15, 2022 /PRNewswire/ -- From one generation to the next, the love of quality football has transcended and, in retrospect, instituted a rich and storied culture that unifies millions of people across diverse borders. This year, Toshiba TV becomes the official television of the FIFA World Cup Qatar 2022™.

Complementing Toshiba TV's mesmerizing and lifelike visuals, the sound quality is unmistakable and thrilling. This makes for some truly mesmerizing and realistic football viewing for the FIFA World Cup Qatar 2022™, but the list doesn't end there. User-friendly technologies, such as the Smartphone Remote TV and voice control features, are powered by cutting-edge operating systems that underscore Toshiba TVs.

By collaborating with the most prominent association in football culture for an unrivaled viewing experience, Toshiba TV demonstrates its continued commitment to fine craftsmanship; a fundamental essence of the company and sportsmanship. This resonance with the spirit of football finds vivid expression in receiving valuable recognition from world-class events such as the FIFA World CupTM, by Toshiba TV's fleet of high-quality OLED, UHD and Smart products.

The unveiled Toshiba TV flagship televisions have been hugely successful in global markets this year. As the year progresses, Toshiba TV is preparing to honor its status as the Official Television of the FIFA World Cup Qatar 2022™ with an unforgettable top-tier football experience.

The FIFA World Cup Qatar 2022™ will take place from November 20 to December 18 in Qatar. It will be the 22nd edition of the competition, and the first to be played in the Arab world. The World Cup group stage draw was held in Doha, Qatar on April 1, 2022 to set the stage for the tournament. The last three qualification slots were filled in June, with Wales, Australia and Costa Rica completing the 32-team field. 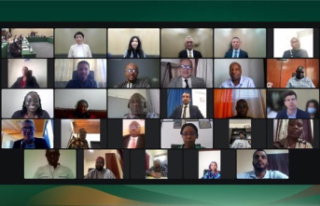