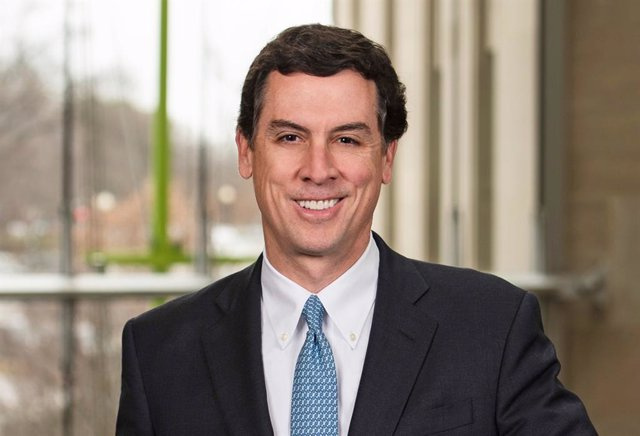 Jones Day is a global legal institution with more than 2,400 lawyers in 40 offices around the world. It is a single integrated global partnership with a single governance system that, among other features, provides for its managing partner to be selected by the predecessor, who is in the best position both to see current opportunities for the firm and to identify the person better able to capitalize on those opportunities. In addition to Brogan, previous Jones Day managing partners included Frank Ginn (1913–1937, originator of the Managing Partner concept 20 years after the firm was founded), Tom Jones (1938–1947), Jack Reavis (1948–1974 ), Allen Holmes (1975–1983), Dick Pogue (1984–1992), and Pat McCartan (1992–2002).

Shumaker is a graduate of Brown University and the University of Notre Dame School of Law, where he was Notes Editor of the Law Review. He has developed his entire career with the firm in his Washington Office. Shumaker became a partner at Jones Day in 1997 and has held many roles at the firm since then, including partner in charge of the Washington Office, partner in the firm's Contracting and, since 2015, leader of the Global Disputes practice, with More than 200 attorneys worldwide who handle international arbitrations, investigations, and cross-border disputes in courts outside of the United States. In his 35 years with Jones Day, he has been involved in a number of high-profile litigations, including the Detroit bankruptcy, the largest municipal bankruptcy in history.

"Greg Shumaker is a very talented attorney and a proven leader," Brogan said. "He has been with Jones Day his entire life, beginning with his summer internship in 1986, and loves the firm. He has the ability, dedication and instincts to enable the firm to continue its incredible success, embracing both opportunities and challenges. responsibilities that the firm and the legal profession face in the future".

"Greg is a born leader with a captivating charm while possessing an iron will to protect our clients and the firm. He will make a wonderful steward and protect our institution and the more than 20,000 people whose lives depend on his success. Jones Day is lucky to have him assume the role of his eighth Managing Partner.

"I helped recruit Greg to the firm in 1986. I could see then that he had special gifts, as well as the high character that could one day enable him to lead our firm. That day is here."

"Steve Brogan has been one of Jones Day's most important partners in its long history," said Shumaker. "I have admired his incredible and magnetic leadership skills ever since he interviewed me in law school more than 35 years ago. Through nearly half a century of service to the Firm, he has been the person most responsible for transforming Jones Day from a from a quality national law firm with regional roots in the Midwest to a fully integrated global firm, where attorneys from all offices work collaboratively to deliver the highest level of client service."

Under Brogan's leadership, Jones Day added more than 600 lawyers and 18 offices, expanded its presence in Australia, entered Latin America and returned to the Middle East. At the same time, the firm continued to strengthen the quality of its legal services, becoming a mainstay in BTI Consulting's Client Service A-Team report that measures client service, and securing the number 1 spot in that survey each of the last six years.

Brogan also greatly expanded Jones Day's pro bono engagements. He was the driving force behind the Firm's efforts to represent the interests of asylum seekers at the southern border of the United States. Since 2014, Jones Day has operated facilities that act as remote trial sites along the southern border and now has a fully operational office in Laredo, Texas, with a rotating staff of attorneys and professional staff from across the firm. In addition, Jones Day has helped asylum seekers in refugee camps on Lesbos, Greece. To date, more than 1,000 attorneys from virtually all of the Firm's offices have participated in this work, providing legal assistance to more than 15,000 people.

"Steve likes to say that 'people don't change great institutions, great institutions change people,' Shumaker said. As Managing Partner of Jones Day, Steve Brogan has transformed the firm's scope of services while establishing the values ​​and operating principles that make it a unique and successful institution. It is a tremendous honor and responsibility to carry on his legacy, continuing the firm's contribution to the profession and advancing the rule of law around the world."

1 STATEMENT: Devlon, a Basque company attends the Smart... 2 66% of small businesses in Spain accept digital payments,... 3 De Guindos asks to change the tax policy from 'whatever... 4 Goirigolzarri is committed to agreements with the... 5 Lateral will close this year with 17 restaurants after... 6 STATEMENT: Neta Auto launches the technological brand... 7 The Ibex 35 falls 0.14% and holds over 8,300 points... 8 El Corte Inglés, the first department store in the... 9 Xiaomi loses 201 million in the third quarter 10 RELEASE: Vantage and NEOM McLaren Extreme E give ESG... 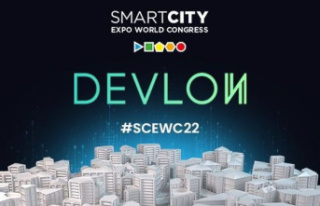