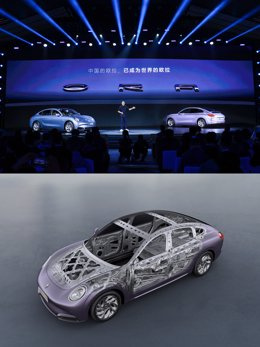 At the launch event, Dong Yudong, CEO of the ORA brand, presented the highlights of the new car to the public. It also received the CATARC (China Automobile Technology and Research Center) "Collision Challenge Certificate" for the Lightning Cat, issued by Zhang Jinhuan of the Chinese Society of Automobile Engineers.

Previously, the Lightning Cat was tested by CATARC on high speed rollover and spiraling. The test was carried out in a place authorized by CATARC. Before starting, all intelligent assisted driving functions of the model were disabled. It was then driven by a robot to run at 60 km/h towards the single-sided spiral bridge and caused a huge crash that caused the car to roll 540º and fall into the pit. The maximum drop in the test was more than 6 meters.

After testing, the model's occupant compartment held up well and provided enough room for passengers to survive a crash. The structure inside the battery pack is intact and no electrolyte leakage or spontaneous combustion was observed after 24 hours at rest.

ORA Lightning Cat adopts a cage-type car structure. Its body is made of high-strength steel. For the A/B pillars of the model, the advanced hot-formed steel with a maximum strength of 2,000 MPa has been adopted. All this can guarantee the safety of the vehicle and the occupants in the event of a crash.

The model's Worry-free battery has also passed 4 special CATARC safety tests for batteries in extreme conditions. There was no fire or explosion caused by punctures, fire and other tests.

Various intelligent driving assistance functions, which were disabled in the test, are also highlights of the ORA Lightning Cat. It is equipped with the ORA-PILOT 3.0 intelligent driving assistance system, which can intelligently identify vehicles, pedestrians , bicycles and others through their cameras and radars. In case of unsafe distance from obstacles, the system can automatically alarm and take emergency measures to reduce the risk.

The design of its exterior, power system, and other attractive features were also displayed at the launch event. With a super streamlined aesthetic design, the model boasts an ultra-low drag coefficient of 0.22Cd. It is equipped with an adaptive electric rear spoiler, which automatically unfolds when the speed is above 70km/h to quickly separate the rear airflow. ORA Lightning Cat is sold in various versions on the Chinese market, including one with dual electric motors and a four-wheel-drive system, which offers a maximum power of 300kW and a maximum torque of 680N•m.

1 RELEASE: Karyopharm and Menarini Group: European Commission... 2 PRESS RELEASE: New regulations for the use of pesticides... 3 STATEMENT: Global Citizen Forum brings Ricky Martin... 4 Amancio Ortega (Inditex) collects this Wednesday 859... 5 Vestas loses 1,031 million until September and cools... 6 The Ibex 35 wakes up with a rise of 0.23% and conquers... 7 Airbus workers call a strike starting Wednesday to... 8 Oryzon reduces its losses by 26% until September and... 9 Cepsa signs an alliance with Etihad to accelerate... 10 Coca-Cola Europacific Partners enters 13,025 million... 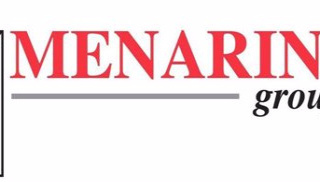