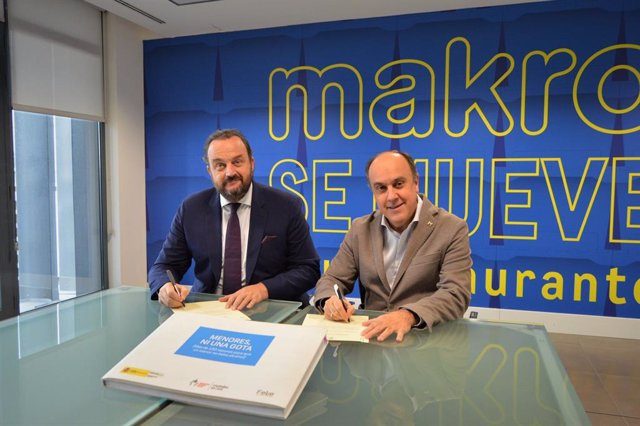 Makro thus joins the "Menores ni una Gota" Network of Spirits Spain, through which joint actions will be carried out to prevent alcohol consumption by minors, evidencing the high degree of commitment of spirits brands and distribution with the protection of this vulnerable group

Makro and Spirits Spain have today signed a pioneering collaboration agreement to develop actions and initiatives aimed at preventing the consumption of alcohol by minors, within the framework of the "Menores ni una Gota" campaign that, since 2013, has been carried out by the Spanish Federation of Spirits. This campaign aims to get the support of all kinds of public and private institutions to promote actions aimed at preventing alcohol consumption by minors. This pioneering agreement between the producing industry and the distribution is an initiative that shows the high commitment of both entities in terms of prevention. For Bosco Torremocha, Director of Spirits Spain, "this agreement is especially relevant due to the commitment assumed by the industry and distribution to achieve a common objective, which is of interest to all: preventing the consumption of alcohol by minors. In addition, the case of Makro is especially striking, as it is the main hospitality distributor in Spain, a channel in which it represents 70% of sales and with whom we already carry out this type of actions, which will thus be reinforced.""As leading hospitality distributors In Spain, it is intended to set an example with this pioneering agreement between the distribution sector and the industry, thus helping the objective of preventing alcohol consumption by minors.Always committed to being an active part of the social fabric by which is always available to entities such as Spirits of Spain and the main Spanish associations and institutions, to contribute to their different social objectives", h David Martínez Fontano, CEO of Makro Spain, stated "I do not sell alcohol to minors" Always with the aim of tackling the problem of alcohol consumption by minors, Makro and Spirits Spain are committed to developing training actions to avoid commercialization of alcoholic beverages to minors. In this sense, both entities set the goal of training Makro employees so that they have the necessary tools to prevent the sale of alcohol to minors. In the same way, informative actions will be carried out in shopping centers aimed at discouraging the sale of alcoholic beverages to minors and joint initiatives will be carried out, aimed at generating a collective social awareness against alcohol consumption by minors. Both entities want to record that underage alcohol consumption is a problem that requires the involvement of the whole of society: families, local corporations, schools, public and private companies, etc. An initiative with broad social support To date, the Red "Menores ni una Gota" has the support of more than 300 well-known faces, who have altruistically lent their image to this initiative, through videos in which they provide advice and reasons why a minor should not drink alcohol . These tips, based on their own experiences and experiences, are hosted on the web www.menoresniunagota.es. Journalists, singers, actors, athletes and a wide range of personalities have committed to this initiative. The "Minor One Drop" Network is another step in the "Minor One Drop" campaign. More than 100 reasons why a minor should not drink alcohol", promoted by the Ministry of Health, Social Services and Equality (MSSSI) and Spirits Spain since 2013. Through the Network, the possibility is opened for the local administration and private companies to adhere to its objectives in the fight against alcohol consumption in minors, always from a preventive and educational perspective. 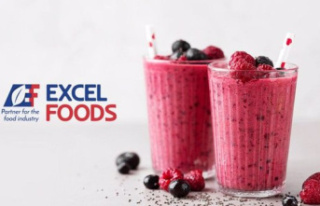