GAITHERSBURG, Md., Dec. 16, 2022/PRNewswire/ -- Novavax, Inc. (Nasdaq: NVAX), a biotech company focused on developing and commercializing next-generation vaccines against serious infectious diseases, today announced pricing for a bid of $150 million principal of its 5.00% Convertible Senior Notes due 2027 (the "Notes"). The notes are offered and sold only to persons reasonably believed to be qualified institutional buyers pursuant to rule 144A of the Securities Act of 1933, as amended. In connection with the offering of the notes, Novavax has granted the initial purchasers a 30-day purchase option for up to an additional $25.25 million of aggregate principal amount of the notes. The offering of the notes is expected to close on December 20, 2022, subject to customary closing conditions.

The notes will represent senior unsecured obligations of Novavax, will bear interest payable semi-annually in arrears and will mature on December 15, 2027, unless earlier converted, redeemed or repurchased. Novavax will settle conversions by payment or delivery, as appropriate, of cash, common stock, with a par value of $0.01 per share ("common stock"), or a combination of cash and common stock, at the option of Novavax. The notes will be redeemable, in whole or in part (subject to certain limitations), in cash at Novavax's election at any time, and from time to time, beginning on December 22, 2025, if the last reported sale price of the shares shares has been at least 130% of the then current conversion price for at least 20 trading days (consecutive or not), during any 30 consecutive trading day period (including the last trading day of such period). ending on the trading day immediately preceding the date on which Novavax notifies the redemption, at a redemption price equal to 100% of the principal amount of the bonds to be redeemed, plus accrued and unpaid interest up to the redemption date, but excluding said date.

J.P. Morgan, Jefferies and Cowen are acting as joint managers and representatives of the initial purchasers in the offering of the notes. J. Wood Capital Advisors has acted as financial advisor to the company in connection with the note offering.

Novavax may use the net proceeds from the offering of the notes and, if consummated, the concurrent offering of common shares, for general corporate purposes, including, without limitation, the continued worldwide commercial launch of Nuvaxovid, redemption or repurchase of a portion of the $325 million outstanding principal amount of its 3.75% convertible senior unsecured notes due February 1, 2023, working capital, capital expenditures, research and development expenses, clinical trial expenses, reimbursements under its supply agreements, as well as acquisitions and other strategic purposes.

Novavax estimates that the net proceeds from the offering of the notes will be approximately $142.2 million (or approximately $166.3 million if the initial purchasers fully exercise their option to purchase additional notes), after deducting initial buyers discounts and estimated bid costs to be borne by Novavax.

The notes will be offered only to persons reasonably believed to be qualified institutional purchasers pursuant to Rule 144A of the Securities Act. The offer and sale of the notes and any common shares that may be issued upon conversion of the notes have not and will not be registered under the Securities Law or any other securities law, and the notes and such shares may not be offered or sold without registration or except pursuant to an applicable exemption from, or in a transaction not subject to, the registration requirements of the Securities Act and any other applicable securities laws.

This press release shall not constitute an offer to sell or the solicitation of an offer to buy the offered securities, nor shall there be any sale of the offered securities in any state or other jurisdiction in which such offer, solicitation or sale would be illegal prior to registration or qualification under the securities laws of such state or other jurisdiction.

Novavax, Inc. (Nasdaq: NVAX) is a biotechnology company that promotes better health globally through the discovery, development and commercialization of innovative vaccines to prevent serious infectious diseases. The company's proprietary recombinant technology platform harnesses the power and speed of genetic engineering to efficiently produce highly immunogenic nanoparticles designed to address urgent global health needs. The Novavax COVID-19 vaccine has received authorization from multiple regulatory authorities globally, including the US FDA, the European Commission, and the World Health Organization. The vaccine is currently under review by multiple regulatory agencies around the world, including for additional indications and populations, such as adolescents and as a booster. In addition to its COVID-19 vaccine, Novavax is also currently evaluating its COVID-19-Influenza Combination (CIC) vaccine candidate in a Phase 1/2 clinical trial, its investigational quadrivalent influenza vaccine candidate, and a vaccine based on on the Omicron strain (NVX-CoV2515), as well as an Omicron-based/parent-based bivalent format vaccine. These vaccine candidates incorporate Novavax's proprietary saponin-based Matrix-M adjuvant to enhance the immune response and stimulate high levels of neutralizing antibodies.

Forward-Looking Statements This press release contains forward-looking statements. Investors are cautioned not to place undue reliance on these forward-looking statements, including, without limitation, statements regarding Novavax's ability to successfully complete the offers, the timing and terms of the proposed offers, the estimated net proceeds of the proposed offers and the anticipated use of Novavax proceeds. Novavax cautions that these forward-looking statements are subject to numerous risks and uncertainties that could cause actual results to differ materially from those expressed or implied by such statements. Applicable risks and uncertainties include, but are not limited to, those related to whether Novavax will be able to consummate potential offerings on time or on anticipated terms, if at all, and the potential adverse impact on the market price of the shares. of its share capital. In addition, Novavax's management retains broad discretion regarding the allocation of net proceeds from the deals. Applicable risks also include those listed under the heading "Risk Factors" and elsewhere in Novavax's Annual Report on Form 10-K for the fiscal year ended December 31, 2021 and Novavax's Quarterly Report on on Form 10-Q for the fiscal quarter ended June 30, 2022, in addition to risk factors that are included from time to time in Novavax's subsequent filings with the SEC. Forward-looking statements in this press release speak only as of the date hereof, and Novavax does not undertake any obligation to update or revise any such statement. Novavax's business is subject to substantial risks and uncertainties, including those noted above. Investors, potential investors and others should carefully consider these risks and uncertainties. All forward-looking statements are qualified in their entirety by this cautionary statement.

1 RELEASE: TECNO and portrait photographer Rankin make... 2 RELEASE: Novavax Announces Pricing for $65 Million... 3 RELEASE: SINGER® and SUPREME Partner to Create the... 4 RELEASE: Lucid Announces the Opening of Its First... 5 STATEMENT: Possible progress in the diagnosis of cardiovascular... 6 The Ibex 35 falls 2.1% in the week and falls to 8,100... 7 RELEASE: adidas and Common Goal commit 1% to projects... 8 Sánchez announces that the Government will approve... 9 Belarra reveals that the Government negotiates a check... 10 The price of electricity will fall this Sunday by... 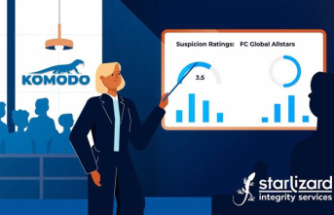 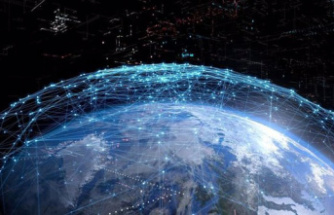 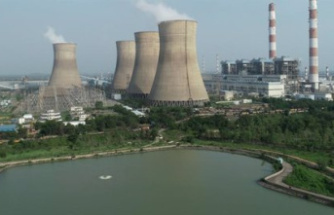 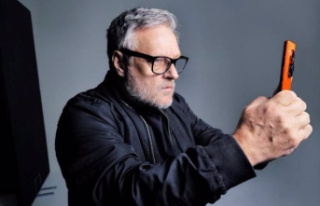