RELEASE: On November 25, the Poblenou Open Night will be held in Barcelona

It is indisputable that the Poblenou neighborhood of Barcelona is currently recognized as one of the most outstanding locations in Europe for hosting companies and entrepreneurs that carry out their activities around creativity, art and technology. 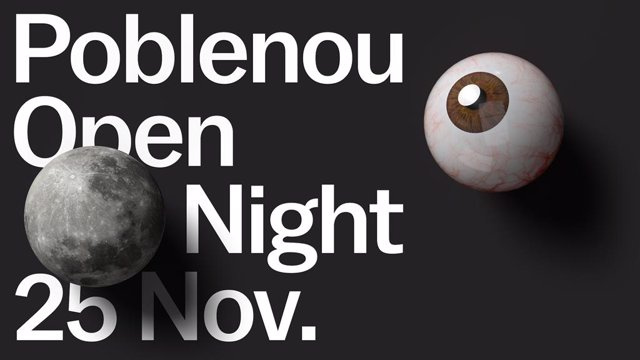 It is indisputable that the Poblenou neighborhood of Barcelona is currently recognized as one of the most outstanding locations in Europe for hosting companies and entrepreneurs that carry out their activities around creativity, art and technology.

That is why the Poblenou Urban District association organizes a meeting open to all the public twice a year to give visibility to the creative talent of the neighborhood and promote economic activity in the district. The first event, Poblenou Open Day, takes place at the end of spring and the second, Poblenou Open Night, in mid-autumn.

'Urban Block Party', a celebration of the tenth anniversary of the Poblenou Urban district and ATIM

To celebrate the tenth anniversary of Poblenou Urban District and ATIM, a section of Zamora street will be transformed through live music and a light installation by Protopixel. As soon as they enter, visitors will find this installation, in the form of a portico, accompanied by a musical proposal with three generations of DJs who have played in the best clubs in Barcelona; Javier Verdes, Sama Yax, Dadame and Dubby Aniol. The food will be in charge of Deligotesen with its proposal of Mexican gastronomy.

In the new Granada Building of the BAU Centro Universitario de Barcelona school, you can see another light installation created by the alumni of the Master's in audiovisual innovation, accompanied by a musical program with DJs and a point of sale with lithographs, illustrations, merchandising and objects created by the artists of the Windows Art Circuit of Poblenou Urban District.

Main activities of the partners in 5 routes:

A route through art, technology and animation shows

One of the routes that those attending Poblenou Open Night cannot miss is the one that brings together art galleries, museums, training centers, creation and artist studios. Among the outstanding activities of this tour, there is the day dedicated to the world of cinema, 3D, concept art, animation and video games at FX Animation, the floral art exhibition of The Green Dimension, the free exhibitions and workshops of photography at Fundación Palo Alto or the exhibition of ceramic pieces illustrated by Javier Mariscal at The Folio Club.

Enjoy dance and theater at night

Onair, the most renowned aerial dance school in Poblenou, returns to the Poblenou Open Night program with the show 'Bendito Reset', a show of the center's talent with a staging that arises from its own creations. For those who prefer to attend the theater that day, the Teatre Nacional de Catalunya and Sala Beckett will offer discounts on tickets, only available for performances that take place during Poblenou Open Night. In some cases up to 50%.

Gastronomy, one of the highlights of the Poblenou Open Night

Undoubtedly, gastronomy is one of the great attractions of Poblenou Open Night, and that is that a large number of bars and restaurants in the district will start up their kitchens with a special offer of dishes, menus, drinks and cocktails, in some cases specially designed for the occasion. The list of options is very extensive: wineries with tapas, Mediterranean, Asian, South American, vegan, Argentine, Italian, Thai cuisine, hamburgers or sandwiches.

Live music of all styles

Music will practically be the guiding thread of the entire Poblenou Open Night program and will be present in all spaces, either in a live concert format or as a DJ session. One of the most outstanding concerts will take place at the Novotel by the duo Manual Dualicy with a repertoire of versions of styles such as pop, jazz or rock with creative arrangements and large doses of improvisation. Another almost essential party will be the one organized by the recently opened The Hoxton Poblenou hotel, the 'Urban Night On Wheels', where music, pizza and sports on wheels will be the stars.

Calm and well-being between buildings and industrial premises

In this Poblenou Open Night we will find the programming of The Team Home that will offer attendees an assessment of body composition, physical health advice according to the results and planning for the improvement of objectives. Beyoo Marina will also open the doors of its student residence by offering free yoga classes. 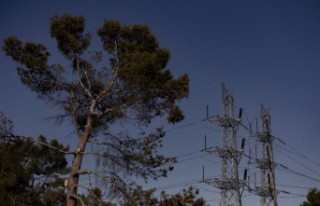 The price of electricity rises this Wednesday by 33%,...