RELEASE: UIC Barcelona pays tribute to its first rector, Dr. Jordi Cervós, on the first anniversary of his death

Within the framework of the celebration of its 25th anniversary, the event was attended by Dr. 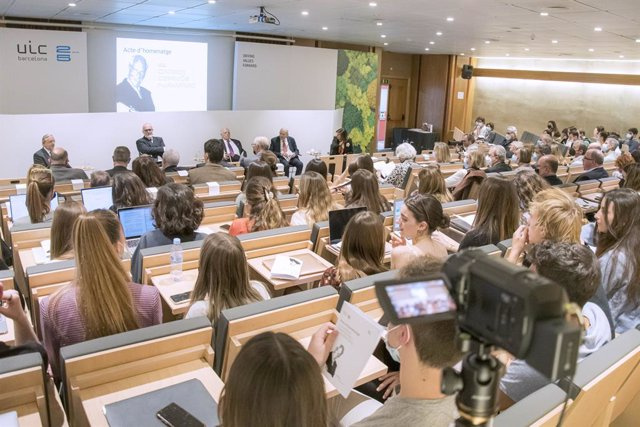 Within the framework of the celebration of its 25th anniversary, the event was attended by Dr. José Vicente Lafuente, who recalled the scientific production of Dr. Cervós with a presentation on neuropathology.

The rector Alfonso Méndiz highlighted the human style that Dr. Cervós exuded when promoting the creation of the University, as well as his vocation for service and his enthusiasm, characteristics that have made UIC Barcelona the university it is today.

At the end of the tribute, a retrospective exhibition on Dr. was inaugurated at the Sant Cugat Campus. deer

Barcelona, ​​November 16, 2022.- On the occasion of the first anniversary of his death, UIC Barcelona today paid tribute to Dr. Jordi Cervós, the first rector of the University and an internationally renowned neuropathologist.

Jordi Cervós i Navarro (1930-2021), who died on November 14, 2021 at the age of 91, stood out for his extensive research career in the field of Neuropathology. He treasured seven honorary doctorates, was a member of the Royal Academy of Doctors and had numerous distinctions and recognitions, including the Creu de Sant Jordi.

The tribute ceremony, held on UIC Barcelona's Sant Cugat Campus, where the Faculty of Medicine and Health Sciences is located, included the participation of Dr. José Vicente Lafuente, a disciple of Cervós, who was in charge of giving the presentation inaugural. The renowned professor of neurosciences at the University of the Basque Country, head of the LaNCE research group, has recalled the scientific production of Dr. Cervós focused on neuropathology.

Dr. Albert Balaguer, dean of the Faculty of Medicine and Health Sciences and in charge of conducting the event, highlighted the important mark that Dr. Cervós has left "on all of us who knew him, both personally and professionally" .

His intervention has given way to the presentation of Dr. José Vicente Lafuente, who has highlighted how knowing and working together with an international reference figure marked him. Under the title "Neurons, glia and blood vessels. Neuropathology from the prism of cerebral microcirculation", Lafuente has highlighted the main milestones in the investigation of the microvascularization of the Central Nervous System and the prominent role played by Dr. Jordi Cervós in the study of cerebral microcirculation.

As the professor has highlighted, "Professor Cervós was one of the first neuroscientists to study the role of microcirculation in neuropathology. Together with his group of researchers, he managed to give visibility and relevance to this field of neurology, making highly relevant contributions to international level".

Likewise, Lafuente has placed special emphasis on the role of teacher that Cervós played since, as he has shared, "in knowledge we find many doctors; professors, a few, but teachers there are very few". "His scientific quality of him not only led him to generate and transfer knowledge, but together with his great human quality, he became a reference and guide for all of us who were lucky enough to know him and work with him."

After the presentation, there was a round table moderated by Dr. Josep Argemí, rector emeritus of UIC Barcelona, ​​with the participation of leading figures in the university and research field, such as Dr. Vicente Calatayud Maldonado, emeritus professor of Neurosurgery from the University of Zaragoza; Dr. Lluís Giner, Dean of the UIC Barcelona Faculty of Dentistry; and Dr. Marian Lorente, professor at the Department of Medicine at the University of Barcelona.

In their speeches they have agreed to recall facets of Dr. Jordi Cervós that marked them as his joy, optimism and enthusiasm, as well as his demand and perseverance. Qualities that led him to be an international benchmark for his research and humanist quality.

For his part, Dr. Josep Eladi Baños, rector of the Universitat de Vic - Universitat Central de Catalunya, who was finally unable to be present, has conveyed his admiration for Dr. Cervós through a letter that Dr. Josep has read Argemi. In it, he highlighted his great generosity and the fact that Cervós has an eponym that gives its name to reticulohistiocytic granulomatous encephalitis, a discovery that was one of his most relevant contributions to the scientific world.

The rector of UIC Barcelona, ​​Dr. Alfonso Méndiz, was in charge of closing the first part of the tribute ceremony. In his speech, he highlighted the enthusiasm and dedication to service of Dr. Cervós, visible in the humane style that he exuded when promoting the creation of the University and that he embodied from the outset at UIC Barcelona. Méndiz also reminded those in attendance that research, internationality and generosity are the most relevant traits that define UIC Barcelona and the legacy of its first rector.

In the second part of the event, Dr. Josep Argemí, rector emeritus of UIC Barcelona who took over from Dr. Cervós in 2001, donated a 1920 Reichert microscope, a model that was also used by Ramón y Cajal. The valuable piece thus joins the collection of historical medical objects also donated by Dr. Argemí and which can be seen on the Sant Cugat Campus.

The tribute to Dr. Jordi Cervós ended with a coffee-discussion on the life and work of the first rector of UIC Barcelona and the opening of the retrospective exhibition on his figure.

About UIC Barcelona The International University of Catalonia (UIC Barcelona) was founded in 1997 with the aim of offering quality university education and promoting research as a service to society. Linked to the business world and with a markedly international character, it teaches 16 degrees, 8 double degrees, around thirty international double degrees and a wide range of postgraduate programs on its two campuses, located in Barcelona and Sant Cugat del Vallés. As part of its commitment to society, UIC Barcelona also has three university clinics located on the Sant Cugat Campus: the University Dentistry Clinic, Support - University Clinic of Psychology and Psychiatry, and Cuides UIC Barcelona, ​​focused on caring for patients with advanced diseases and palliative care. 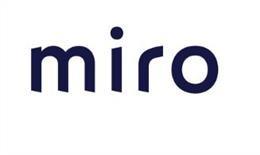 RELEASE: Miro helps teams get the most out of powerful...