- Volocopter raises additional US$182 million in second signing of Series E funding round. 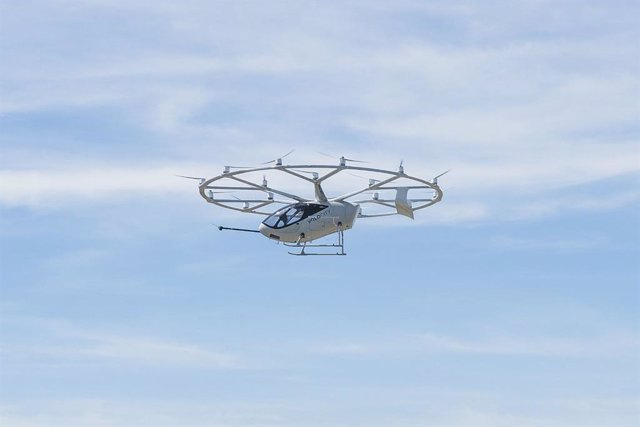 BRUCHSAL, Germany, Nov. 1, 2022 /PRNewswire/ -- Urban Air Mobility (UAM) pioneer Volocopter has raised an additional US$182 million in the second signing of its Series E funding round. NEOM, the Red Sea Cognitive Smart Region project, and Hong Kong's GLy Capital Management have joined Volocopter's diverse investor base. This will take the company beyond the certification of its electric passenger plane, the VoloCity air taxi.

Sustainable mobility is a huge challenge facing the world today. Volocopter offers a set of all-electric aircraft for urban missions. Crucially, the holistic approach of Volocopter's UAM ecosystem connects all the key players in the global market in its effort to get the industry off the ground. This includes the development of multipurpose electric aircraft to bring passengers and goods safely to their destination (VoloCity, VoloRegion and VoloDrone), and allowing physical and digital infrastructure to coincide (VoloPort and VoloIQ).

"Attracting NEOM and GLy as investors is a great success and highlights our top position in the race for commercial certification. This is the key requirement to launch commercial operations and start generating revenue," said Dirk Hoke, CEO of Volocopter.

Volocopter is a leader in UAM, with more than 10 years of experience and more than 1,500 successful test flights. As the first and only electric vertical takeoff and landing (eVTOL) carrier to receive Design Organization Approval (DOA) from the European Union Aviation Safety Agency (EASA), Volocopter expects to launch its first commercial air taxi routes in the next two years in megacities such as Singapore, Rome, Paris and the NEOM region.

Christian Bauer, Commercial Director of Volocopter, added: "Raising more than USD 180 million despite the generally tense economic climate highlights Volocopter's strong technology strategy and its continued progress towards market readiness. We appreciate the remarkable spirit of collaboration and trust that our current and new customers and shareholders have placed in us as we continue on our journey to bring the urban air mobility ecosystem to life."

"At Neom we strongly believe in the potential of urban air mobility to provide a new dimension to future integrated transportation systems. Building on our successful collaboration with Volocopter, we are excited to strengthen our partnership and make a strategic investment in the future." "We believe that Volocopter is the best partner to build an advanced air mobility ecosystem at Neom. We look forward to realizing this exciting mission together with Volocopter and its global partners," said Florian Lennert, Director of Mobility at NEOM.

GLy is backed by Geely Holding, and in their joint venture, Geely and Volocopter aim to bring UAM to China, which is expected to become one of the largest markets for electric air taxis.

"Volocopter's vision encompasses short and medium range commercial passenger industrial applications to bring efficiency to the way we get around our cities. I look forward to supporting your journey; a journey that promises to be exciting, safe and scenic in equal measure," highlighted Hrvoje Krkalo, co-CEO of GLy Capital.

As many interested companies have passed the due diligence phase, Volocopter's Series E funding round remains open.

Volocopter is building the world's first sustainable and scalable urban air mobility business to bring affordable air taxi services for goods and people to megacities around the world. Volocopter leads and cooperates with partners in infrastructure, operations and air traffic management to build the necessary ecosystem to "Bring Urban Air Mobility to Life". Volocopter has 500 employees in offices in Bruchsal, Munich and Singapore, has successfully completed more than 1,500 public and private test flights, and has a number of investors including Geely, NEOM, Mercedes-Benz Group, Intel Capital and BlackRock. volocopter.com 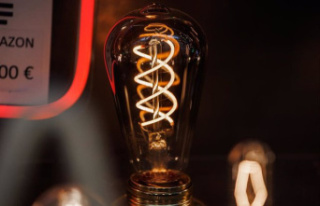 The price of electricity rises 3% this Wednesday,...