TAIPEI, Nov. 17, 2022 /PRNewswire/ -- Amid preparations for this weekend's Golden Horse Awards, the world's largest Chinese-language film awards ceremony, TaiwanPlus has released an exclusive documentary on the director internationally famous Tsai Ming-liang. The documentary, titled "The Pursuit of a Cinematic Dream," offers a unique insight into the progression of Tsai's directing philosophy. It is one of the only cases in which the director of the New Wave appears in a documentary about his work.

The Malaysian-born, Taiwan-based director is considered one of the foremost filmmakers of Taiwan New Wave cinema, a movement in the Taiwanese film industry following the lifting of martial law in the 1980s. Tsai's home in Taipei, the TaiwanPlus original documentary is an intimate reflection of Tsai's personal relationship with film, exploring how her experiences translate to the screen. "I feel like my way of filming is changing," he says as he watches the evolution of his style in relation to his age. "I've started to think of it more like painting... I've also seen the world this way."

TaiwanPlus Acting CEO Michael Yu believes that Tsai Ming-liang's films offer an authentic insight into Taiwanese culture. "It is an honor that Tsai Ming-liang's documentary premieres on TaiwanPlus," he said. "Her honest perspective and her keen artistic eye are a cornerstone of Taiwanese cinema." Tsai's minimalist art-house films, heavily influenced by European New Wave film directors, have been widely praised by film critics both in Taiwan and abroad.

A collection of Tsai's other works, including Rebels of the Neon God, Tsai's debut feature, Vive L'Amour, winner of the Golden Lion at the Venice Film Festival, and The River, will also premiere on TaiwanPlus next month. awarded with the Special Jury Prize at the Berlin Festival. The documentary and other selected films are freely available at www.taiwanplus.com.

TaiwanPlus is the leading international media platform providing English-language news and entertainment from Taiwan. Based in a thriving democracy in the heart of the most dynamic region on the planet, our team is committed to sharing diverse stories from Taiwan that resonate around the world. We produce in-depth reports and analysis on global issues, showcase the island nation's unique culture and lifestyle through programming, and curate other world-class content from Taiwan. The platform's award-winning entertainment and news are available free of charge on the TaiwanPlus website, 24-hour TV channel, and social media. 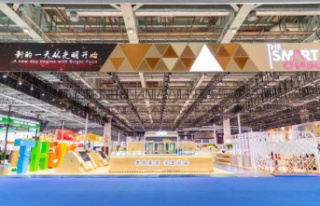