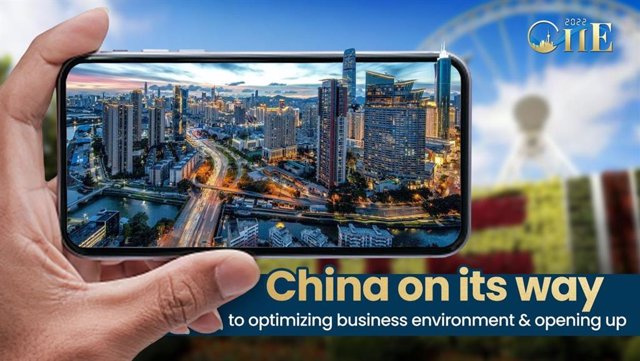 BEIJING, Nov. 3, 2022 /PRNewswire/ -- The 5th China International Import Expo (CIIE), to be held from November 5 to 10 in Shanghai, will host top companies from all over the world.

More than 280 of the world's top 500 companies and industry giants will participate in the event, among which nearly 90 percent are returning participants from last year, according to the CIIE Bureau and the General Administration of Customs.

Since 2018, the annual fair has served as an open channel for international investment and procurement, part of China's push to open its market to the world.

"Promoting high-level openness" is emphasized in a report to the CPC's 20th National Congress, which said China should "constantly expand institutional openness regarding rules, regulations, management and standards."

Exhibitors at the previous four events launched more than 1,500 new products, technologies and services and closed tentative deals worth more than $270 billion, according to the Ministry of Commerce.

The CIIE opens up opportunities for companies from around the world to access the Chinese market, which is growing rapidly as a result of rising incomes and increased purchasing power of Chinese consumers.

Meanwhile, more people are joining the middle class, with more than 400 million people with median incomes in 2022, up from 100 million a decade ago.

The growing purchasing power indicates the potential of the Chinese market, which can be accessed by companies, whether they are big-name multinationals or small start-ups.

During the same period, the actual use of foreign investment in China increased by almost 63%. More than 47,000 companies with foreign direct investment (excluding banking, securities and insurance) have been created, 23.5% more than the previous year, according to official data.

Optimization of the business environment

In recent years, China has seen an improvement in its business environment by improving market regulation services. In a 2020 World Bank report on the ease of doing business, China was ranked 31st out of 190 countries and regions, up from 78th in 2018.

In 2019, China issued the Regulation on Optimizing the Business Environment, the first official document that clarified the correlation between the protection of intellectual property rights and the business environment.

In 2021, six economically developed cities have been selected to lead the development of an international consumption hub. The government also released a new guideline in 2022 to ease small business tensions and protect the legitimate rights of market entities.

Since the implementation of the Foreign Investment Law in 2020, China has taken measures to encourage foreign investment and promote opening up to a higher level, including facilitating market access for trade in services and investment and increasing the proportion trading goods with zero tariffs.

So far, China has signed 19 free trade agreements with 26 countries and regions, and the trade volume between China and its free trade partners accounts for about 35% of the country's total foreign trade, according to official data.

China introduced its first negative list for foreign investment, which refers to a document that outlines industries that are prohibited or restricted from private investment by companies, as early as 2017.

The latest version of the negative list, published in 2021, reduced the number of restrictive measures from 33 to 31 and the number of free trade zones from 30 to 27. The shortened list is part of China's efforts to facilitate a greater degree opening to attract foreign investment.

"In the past decade, China has made full use of internal and external markets and resources to expand its foreign trade and economic cooperation... and create a new paradigm of opening up to the outside world," Chen Jian'an, vice president, told CGTN. of the China Council for the Promotion of International Trade.

The organization of big exhibitions like the CIIE demonstrates China's initiative to open its market to the world, he added. 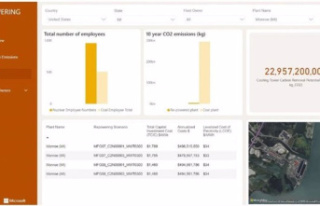 ANNOUNCEMENT: TerraPraxis will launch the first of...