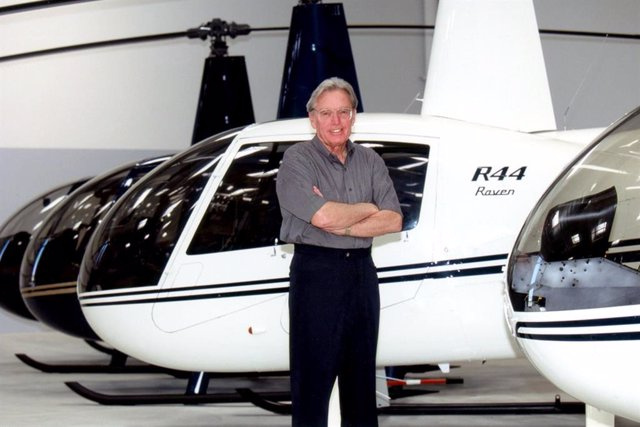 Frank Robinson, one of the best-known names in the helicopter industry, was a pioneer, a man who was not swayed by reward or accolades, but by a vision that redefined the industry and forever changed general aviation.

Robinson will be remembered for the design and manufacture of the R22, R44 and R66 helicopter models. Known for their simplicity and reliability, the popular helicopters have a distinctive profile and can be seen easily and frequently around the world.

Robinson's fascination with helicopters began as early as 1939, at the age of nine, when he saw a photo in the Seattle Post-Intelligencer of Igor Sikorsky gliding his VS-300 helicopter, an image that served to captivate Robinson and that marked the course of his life.

He graduated from the University of Washington and later attended the Wichita State University School of Aeronautical Engineering. His career began in the late 1950's at Cessna and continued through the 1960's working for many major aerospace companies including Bell and Hughes. In 1973, at the age of forty-three, unable to interest any of his employers in the idea of ​​a simple, personal helicopter, he quit his job at Hughes and founded the Robinson Helicopter Company in his home in Palos Verdes. California. Six years later, defying critics and overcoming enormous obstacles, Robinson obtained FAA certification for his two-seat, piston-engined R22 helicopter. The unknown helicopter company delivered its first production R22 in October 1979. By 1989, the R22 had already gained a foothold in general aviation, opening up a hitherto untapped market for private helicopter ownership.

In the early 1990s, realizing the potential of a mid-size light helicopter, Robinson introduced the piston-engined, four-seat R44. Orders for the R44 quickly piled up and the company became a recognized player in the aviation industry. In 2010, Robinson expanded its line-up again with the five-seater, turbine-powered R66.

Robinson's ruthless determination earned him the respect of his colleagues and competitors alike. Affectionately called a rock star in some aviation circles, Robinson retired in 2010 at the age of 80.

The list of awards and honors received by Robinson is long. Among the most memorable are:

Today, the company continues to be run by Frank's son, Kurt Robinson, and to date has delivered more than 13,000 helicopters worldwide. 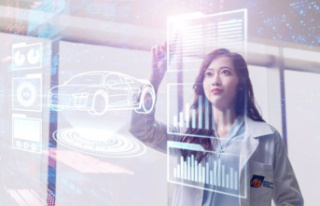 ANNOUNCEMENT: iST, the first laboratory in Asia to...