- More than 100,000 people die annually in the global fisheries sector, according to new research. 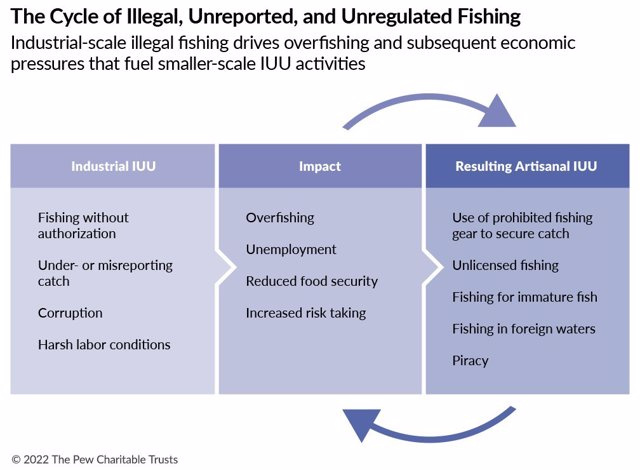 - More than 100,000 people die annually in the global fisheries sector, according to new research

Illegal fishing, overfishing and climate change contribute to high mortality rates in one of the world's most dangerous professions

WASHINGTON, Nov. 3, 2022PRNewswire/ -- More than 100,000 fishing-related deaths occur each year, according to a new study. Nearly 300 fishermen are killed each day - a much higher estimate than all previous assessments - according to research by the FISH Safety Foundation (FSF) commissioned by The Pew Charitable Trusts.

The significant number of deaths disproportionately affects low-income fishermen - including children forced to work - and is mainly due to dangerous working conditions and unsafe boats.

The FSF identified several factors responsible for fishermen's mortality, including poverty, geopolitical conflicts, overfishing, illegal, unreported and unregulated (IUU) fishing, and climate change. Illegal, unreported and unregulated (IUU) fishing is a major factor, especially as the demand for fish protein increases around the world. Illegal industrial operators cut corners and ignore safety regulations, while contributing to the overexploitation of highly profitable catches. This, in turn, drives what has been identified as "IUU by necessity", in which small-scale artisanal fishers are driven to break the rules or engage in unregulated and dangerous activities as it becomes more difficult find fish. These conditions are exacerbated by climate change and the changing distribution of fish stocks.

"Although fishing can be inherently risky, the stark reality is that many of these deaths were and are preventable. With 3 billion people dependent on seafood and demand for it set to rise, stronger policies are urgently needed to keep fishermen safe, including those that address the real drivers of these deaths," said Peter Horn, director of Pew's International Fisheries Project, which focuses on ending and preventing illegal fishing.

Eric Holliday, CEO of the FSF, said: "There has been widespread speculation that estimates of fishermen's mortality have underestimated and obscured the danger of fishing. Our analysis is the first of its kind and conclusively demonstrates that the lack transparency in the fisheries sector endangers lives by hiding the full picture of what is happening on the boats or in the fishing grounds, making it difficult for governments to set effective policies to improve safety.Though we may never be able to pinpoint the exact number of fishermen deaths, this should serve as a wake-up call to governments, telling them that urgent action is needed to save lives - informed by better reporting and sharing of mortality data.

By reviewing publicly available data and cross-referencing it with investigative journalism and news articles, social media, and private communications with government officials and others, the study authors were able to provide the most comprehensive picture to date of the number of fishing-related deaths worldwide.

But even with all these tools available, there are still gaps in the data, and the total number is almost impossible to quantify. Inadequate and inaccurate data has made it difficult for decision makers to implement the policy changes needed to ensure the safety of industrial and subsistence fishers at the international, state and local levels.

Based on the study's results, Pew urges action on multiple fronts. At the national level, more needs to be done to implement safety measures for fishermen and address the main risk factors. Given the disproportionate levels of mortality in low-income communities, financial support and capacity building are urgently needed. At the international level, improved data collection, transparency and information sharing will help government bodies better understand the problems fishermen face, more accurately quantify the additional risks posed by IUU fishing and to adopt policies to strengthen vessel safety measures.

There are also regulatory frameworks available that are designed to stop illegal fishing and protect fishers. Specifically, countries should ratify and implement the Cape Town Agreement, adopted by the International Maritime Organization in 2012, which establishes safety standards for the construction and design of fishing vessels; enforce the FAO Agreement on Port State Measures, which works to prevent illegally caught fish from entering the seafood supply chain; and continue to implement the 2007 ILO Work in Fishing Convention C188, which sets standards for living conditions on board ships at sea. Member states of regional fisheries management organizations must also establish clear policies that strengthen efforts to combat IUU fishing and overfishing.

"Fortunately, there are a number of tools available that can help stop industrial IUU fishing and overfishing, and improve safety in one of the world's most dangerous professions," added Horn. "While they don't address every problem, they clearly demonstrate an intent to tackle this problem. International authorities must also make counting these deaths a priority. Only with a clearer picture of what is happening on the water will officials know when - and where - more forceful action is needed. This study should be a wake-up call for international authorities, national governments and fisheries managers around the world to be held accountable for tackling their share of the problem. should not continue to die in the dark, and governments cannot continue to ignore the grave human injustices and inequalities resulting from insufficient action on IUU fishing, overfishing and climate change." 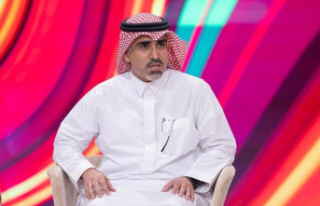