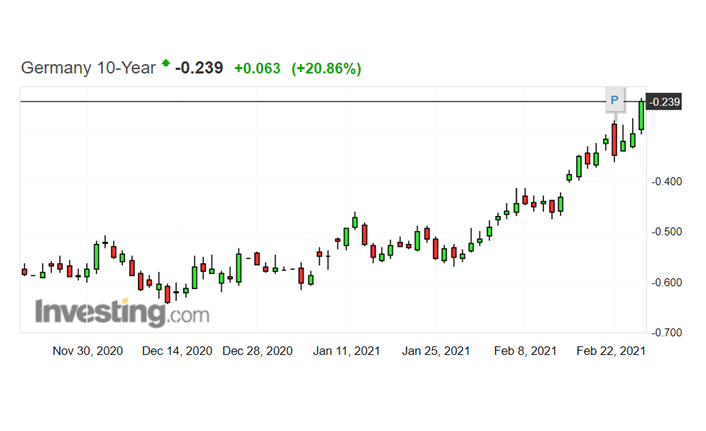 Schnabel went further, stating the ECB will combat some huge growth in actual (inflation-adjusted) interest rates because that may choke off the bloc's economic recovery. The restoration seems to be lagging the US anyhow, yet Eurozone autonomous bond yields still monitored US Treasury yields greater and that's favorable for both EUR/USD along with the significant Eurozone cross rates for example EUR/GBP.
The growth in yields could be viewed from the graph under this 10-year German Bund return, the grade for the Eurozone.

Source: Investing.com(You can click it to get a bigger picture )

At precisely the exact same time, the German yield curve is steepening, together with returns over 20 decades currently above zero, and since the graphs both below and above signify that the ECB has little success in its efforts to keep borrowing costs down.

For EUR/USD, of course, much depends upon what occurs to the US Dollar. But a further increase back to the 2021 high in 1.2349, touched January 6, could not be any surprise given the basic background.

WEEK AHEAD: INFLATION IN FOCUS
Turning into the financial statistics, February inflation figures from Germany Monday along with the Eurozone as a complete Tuesday is going to be the middle of focus and any above-forecast gains would probably reinforce the opinion that Euro power can be anticipated. German and Eurozone unemployment and retail sales amounts are due also but are very likely to have an influence on the Euro.

1 Mexican Peso Forecast: USD/MXN Propped Up by Growing... 2 Machu Picchu : the inca city will reopen on march... 3 Vaccine Janssen : an arrival scheduled for may in... 4 Reopening of cinemas : no date has been announced,... 5 Gérard Depardieu : indicted for rape, the actor breaks... 6 Containment in Europe : Germany, Spain, Italy, these... 7 Pension reform 2021 : necessary, but not before the... 8 Disappearance of a jogger in the Val-d'oise : Anne-Frédéric... 9 Certificate of travel : curfew, containment... What... 10 Borders and Covid : building restrictions in Europe... 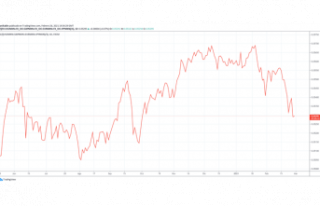