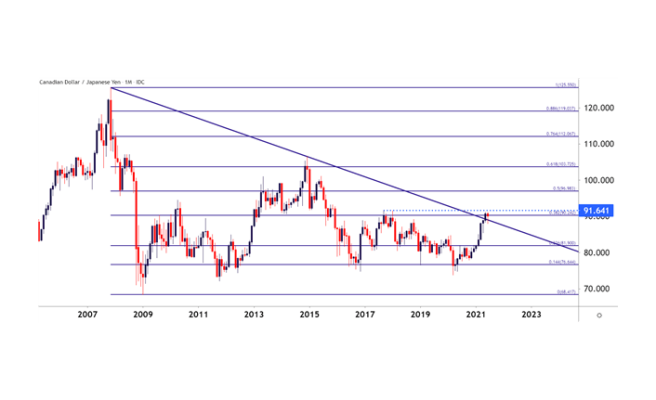 As the risk-on trade was running at full steam, Yen weakness resurfaced in Q2. The US equity markets reached new all-time highs, and the US Dollar bears were at their best in the first two quarters. A notable pullback was seen in June in relation to the FOMC rate decision.

However, that rate decision was what sparked a new round of US Dollar strength. Jerome Powell, FOMC Chair, stated that market participants should not take the Fed's forecasts and the dot matrix matrix with a grain. This is what really helped to propel stocks and risk assets. It became evident once more that the Fed, the largest national central bank in the world, is supporting markets and seems happy to do so.

However, this creates interesting dynamics around other currencies, like the Japanese Yen or the Canadian dollar.

In April, the Bank of Canada surprised many when they became the first central bank to discuss post-pandemic policies. This resulted in a strong run in Canadian Dollar strength, which was also supported by rising crude prices. However, the Bank of Japan continues to maintain negative rates just as they have done since 2016. Even though the Federal Reserve may be shifting, there is little evidence that anything will change.

This has supported a strong trend of CAD/JPY, which has propelled the pair to new three-year highs. A watermark is located very close at 91.64, which is the current 5-year high for the pair.

During the month of May, CAD/JPY saw a major technical event. Price action broke above a descending trendline connecting 2018 and 2014 swing highs. The psychological 90 level was also tested.

This opens up the possibility of bullish breakout potential before the Q3 open. You can follow this by looking for a test at the five-year high at 91.64. After that, another interesting spot on the chart is available at 93.25. The 95.00 psychological level is the next target if buyers are able to push through. 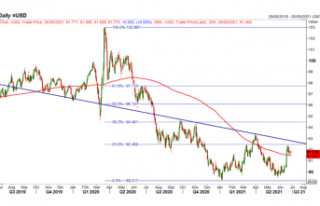