In Asia-Pacific trade, currency markets remained idle. Sluggish action in the G10 FX majors reflected a tinge of risk aversion, with the sentiment-sensitive Australian Dollar tracking lower while its anti-risk US counterpart edged up. On average, regional share prices fell by 0.3 percent. 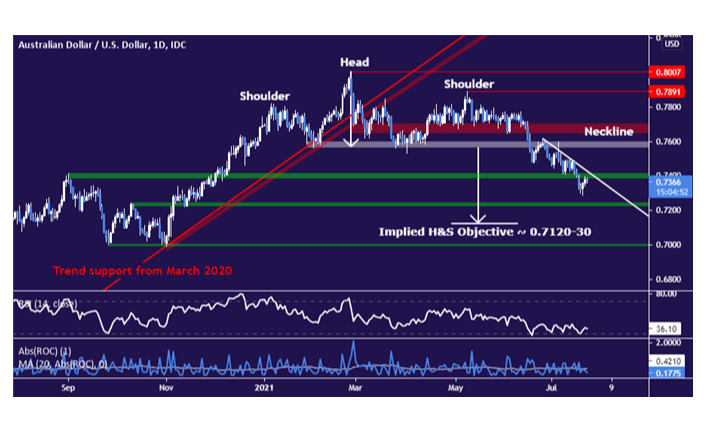 China leads the way in lowering its prices. The broad-based onshore CSI 300 index and Hong Kong's Hang Seng Index (HSI) are down over 1 percent. While tech shares and healthcare companies are experiencing large losses, weakness is widespread with the consumer discretionary sector being the only positive.

Futures that track major US and European equity benchmarks are showing convincingly higher, which suggests that the regional risk-off tone may have been contained. The economic calendar is dominated by the July flash PMI surveys. Australia's version of the report painted a dire picture.

Baseline forecasts show that Eurozone economic activity growth will be at its fastest pace in 15 years for the second month. However, the pace of acceleration will be noticeably slower than it was in five months. Similar results are expected in the USA. The UK's performance slows for the second month despite historical highs.

The markets are expecting to see the pace at which the global economy recovers from a plateau. If recent trends hold, the real results might not be as optimistic. Citigroup data suggests that the global economic news-flow has been less positive than expected over the past month.

A depressed mood may be triggered by downbeat reports that indicate a significant loss of momentum. A degree of de-risking may be encouraged by the close proximity to the weekly close. This could lead to the US Dollar and Japanese Yoen being more anti-risk, while shares and commodity-bloc currencies may trade heavily.

The Australian Dollar may be preparing to resume the near-term downtrend against the Greenback having pulled up to retest support-turned-resistance clustered around the 0.74 figure. The 0.7222-44 area is the most important support zone.

Near-term selling pressure is neutralizing. A daily close above 0.7435-40 seems to be required, violating the recent series of lower highs or lows. If the upward breakout is possible, it may be necessary to challenge the 0.76 figure again.

However, overall positioning points to a bearish bias. The prices completed a large Head and Shoulders topping pattern and showed clear follow-through on pushing through its neckline. This speaks to sellers' conviction. The H&S formation suggests a downside objective within the 0.7120-30 area. 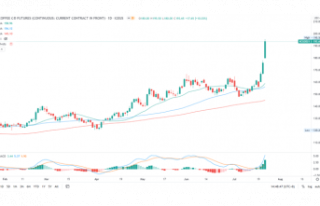 Coffee prices at 6-year high due to extreme cold weather...