What Are The Medicinal Benefits Of Marijuana 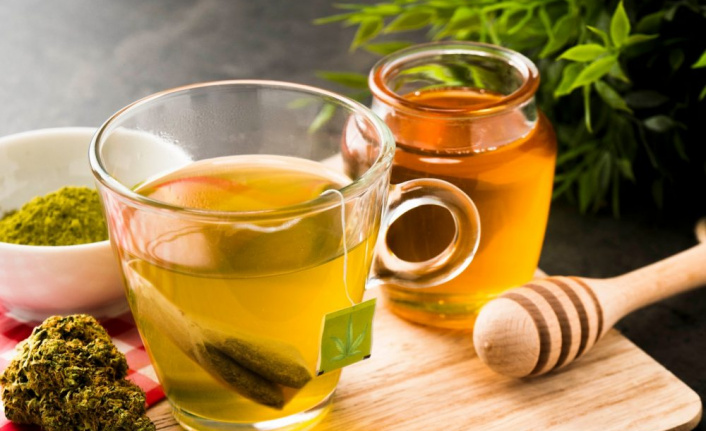 The legalization of Marijuana as a medicinal benefit and for recreational purposes has been stirring up a lot of debate lately among policymakers, doctors, researchers, scientists, and the public at large. Some of the common questions that people have been asking include; is it safe? What are its medicinal benefits? Is there enough research to prove its effectiveness? How can the states control it? These are just a few of the reasonable questions people have about Marijuana. However, in this piece, we will talk about the medicinal side of Marijuana.

Today,  a couple of states in the United States have legalized Marijuana, and about 85% of American citizens support its legalization. Also known as cannabis, marijuana health benefits are in one of its compounds known as cannabinoids, such as cannabidiol or CBD. Most researchers and scientists have widely studied CBD, which contains traces of cannabinoid tetrahydrocannabinol (THC). THC is a compound that causes the hallucinogenic effects of Marijuana in the brain. Cannabis plants from the cannabis seeds at Homegrown Cannabis Company may contain up to 40% of CBD, which benefits the central nervous system through its anti-inflammatory effects.

One common reason why Americans use cannabis is for the relief of pain. The multiple compounds found in CBD have a chemical make-up that scientists have proven to provide pain relief. It relieves pain by altering the brain's pain perception neurons, which helps treat chronic and painful conditions such as multiple sclerosis, arthritis, endometriosis, migraines, and fibromyalgia.

Generally, medical cannabis relieves nerve pain that stresses a lot of people as they age. An added advantage of using medical cannabis is that it is safer than opiates, which most people get addicted to and end up overdosing. In addition to that, it can be useful in replacing the prolonged use of NSAIDs (Non-Steroidal Anti-Inflammatory Drugs) such as ibuprofen, which causes severe health effects such as ulcers and kidney problems. While opiates are highly sedating, patients report that Marijuana allows them to resume their daily functioning without feeling disengaged or entirely out of it.

Cannabis causes effects on the limbic system, the reason why doctors sometimes recommend it to treat neurological disorders such as Parkinson's disease, epilepsy, and multiple sclerosis.

Multiple sclerosis causes excruciating contractions of the muscles, and cannabis can help relieve it. Moreover, according to research, cannabis regularizes seizures and has positive effects on epileptic patients, although studies are still ongoing to determine its impact on them.

ADHD and ADD is a disease that affects cognitive performance. People who have ADHD have problems with cognitive functioning and concentration. Most of them are unable to focus on tasks at hand.

Cannabis studies have shown that it can positively manage the condition by enhancing focus. It is also a more safe alternative when compared with Ritalin and Adderall.

Insomnia is a lack of sleep. Cannabis has relaxing effects reported to reduce sleep disorders such as insomnia and unregular sleep patterns. For patients treated with cannabis, it reduces pain significantly while inducing sleep. That means sleep may occur when Marijuana is useful for pain relief.

While cannabis is known to cause anxiety when taken in high doses, there is also a good side to that. When taken in the right amounts, it alleviates stress and calms the user.

Cannabis helps relieve mental disorders, such as depression and autism. It has endocannabinoid compounds that help in stabilizing moods. Many people suffer from depression without even their knowledge, and the mood-stabilizing effect of cannabis can ease it.

Cannabis also slows down the development of Alzheimer’s disease caused by cognitive degeneration, which is unavoidable due to old age. CBD contains anti-inflammatories that prevent brain inflammation, which leads to Alzheimer's disease.

Furthermore, cannabis has promising effects in managing autism. It can help children with autism who mostly suffer from frequent mood swings, which can be violent. It helps calm them.

PTSD mostly affects veterans from combat zones and people who have gone through trauma. Cannabis helps control the fight response and prevent it from getting to overdrive.

Many therapists and veterans support its effect, although research is still ongoing.

People who suffer from glaucoma experience sharp eye pain as a result of pressure in the eyeball. Cannabis helps reduce the pressure applied to the eyeballs providing temporary relief for people with the disorder.

The average cannabis users are mostly not overweight. The reason being, cannabis is associated with aiding weight loss. It helps the body in regulations insulin as well as managing calorie intake efficiently.

It is an anti-inflammatory.

Marijuana is known to reduce inflammation in rheumatoid arthritis, Crohn's disease, and irritable bowel syndrome. As previously mentioned, doctors can recommend it to replace the extended use of NSAIDs.

CBD boosts the immune system by interacting with the cells that help the functioning of the gut. It fights off bacteria that can cause inflammation of the intestines. Reduced inflammation in the body leads to an increase in the overall health of the body system. Cannabis also helps relieve wasting syndrome that comes with HIV.

what you should do before you consider marijuana for medical use

As much as Marijuana has medical benefits, it has risk effects that everyone should consider before use. Ensure you distinguish between Marijuana and CBD. The best thing is to talk with your doctor, who will advise you accordingly.

Also, be knowledgeable about various laws governing the use of Marijuana because it may be legal in your state but illegal in other countries. If you travel with it to a country where it is not permitted, you risk prosecution and jail terms.

Remember that CBD products derived from Marijuana are legal in some state levels but still illegal at the federal level.

Before you consider the use of medical Marijuana, seek some in-depth knowledge about it. It is a topic that is still under research both from a legal and health perspective. Do not try to treat any medical condition using Marijuana on your own. Seek medical advice from a doctor first.