BIOGRAPHY OF DANIEL CRAIG. James Bond: Dying can Wait marks Daniel Craig's farewell to the spy franchise. If his successor has not yet been chosen, the actor h BIOGRAPHY OF DANIEL CRAIG. James Bond: Dying can Wait marks Daniel Craig's farewell to the spy franchise. If his successor has not yet been chosen, the actor has some advice for him.

[updated on October 5, 2021 at 9:23] This is a page turning. In James Bond: Dying can Wait, in theaters September 6, 2021, Daniel Craig bids farewell to the secret agent. He played the spy with the license to kill during five films of the 007 franchise: Casino Royale, Quantum of Solace, Skyfall, Spectre and finally Die can wait. However, its successor has not yet been officially found, with the search only beginning in 2022.

Interviewed in the JT of TF1, Daniel Craig did not want to play the game of predictions when the actor who will succeed him in the role of James Bond: "Fortunately it is not my problem! It's not for me to think about it!"he says. However, the British actor offers some advice to whoever will have the heavy task of succeeding him in the tuxedo of Her Majesty's secret agent: "I say to him: 'good luck, I hope you will have fun. And whoever you are: do even better, and even better!"

Why will Daniel Craig no longer play James Bond?

During an interview with BFM TV, Daniel Craig revealed the reasons that led her to give up the role of the British spy: "I think you have to leave as long as you are at the top. I played James Bond for fifteen years. This has been a very important part of my life - incredibly rewarding. And one of the most beautiful. But the time has come to do something else. It's now".

However, Daniel Craig's farewell to James Bond was not without emotion, as seen in a behind-the-scenes video of Dying can Wait. Dressed in the traditional tuxedo of the secret agent, the actor addressed his team directly at the end of filming: "A lot of people [on this set] worked with me on the five films, and I know that there was a lot said about what I think of these films, whatever. But I loved every second of these films and especially this one, because every morning when I got up, I had the chance to work with you. And it was one of the greatest honors of my life." In 2015, with Time Out magazine, Daniel Craig had indeed confided that he "preferred to break a glass and [cut] his veins with [rather than make a sequel, editor's note]. All I want is to move on."Daniel Craig (born 2 March 1968) is a British actor. He is known as the sixth actor to have portrayed James Bond in the cinema, from 2005 to 2021. After taking acting classes in Liverpool and London, the young Daniel Craig made his mark on television before hatching in the cinema in "Saint-Ex" in 1997. He plays Charles Berling in "Berlin Niagara" (2000). Daniel Craig follows a double trajectory, accumulating awards in Europe and supporting roles in Hollywood: "Lara Croft" (2001), "Munich" (2005). This allows him to become James Bond from 2005 to 2021. He played Agent 007 in "Casino Royale" (2006), "Quantum of Solace" (2008), "Skyfall" (2012), "Spectre" (2015) and finally "Die can wait" 2021).

Refusing to remain a simple 007, he confirms in the first roles: "Invasion", "the Insurgents"... We also see him in the adaptation of A crossroads of worlds: the Golden Compass as Lord Asriel, then in the role of the pirate Rackham the Red in Steven Spielberg's adaptation of Tintin (The Adventures of Tintin: the Secret of the Unicorn in 2011). In 2012 he got the first role in David Fincher's "Millenium". Since 2017, it is in more confidential roles in the casting of independent films that we find Daniel Craig, such as Logan Lucky (2017) or Kings (2017). He is also the poster of the successful thriller "A knives out" (2019), directed by Rian Johnson, which becomes a trilogy in the face of the success of the film.

In 2005, Daniel Craig landed the coveted role of James Bond. He succeeds Pierce Brosnan in the tuxedo of 007 and becomes the sixth actor to have played the agent with the license to kill in the cinema. The British comedian has taken on the role in Casino Royale (2006), Quantum of Solace (2008), Skyfall (2012), Spectre (2015) and Die can Wait (2021). The latter film is the last in which Daniel Craig can be seen in the role of James Bond, the British actor having decided to "do something else". Oscars: where to see the award-winning films at the 2021 ceremony ? 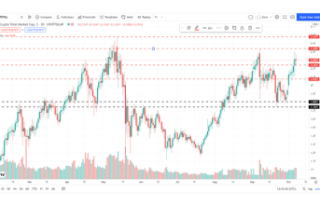