Presidential poll 2022: who would make a better president than Emmanuel Macron?

EXCLUDED. The great barometer on the presidential 2022 of Linternaute measures each month the opinion of the French on the rivals of Emmanuel Macron. This month EXCLUDED. The great barometer on the presidential 2022 of Linternaute measures each month the opinion of the French on the rivals of Emmanuel Macron. This month, a focus is made on broad 2nd round assumptions.

Every month and exclusively for Linternaute.com, the institute for international studies YouGov asks a representative sample of the French population about the upcoming French presidential election. What personalities would do better than Emmanuel Macron as president of the Republic? What are the citizens' expectations for this campaign? Are Emmanuel Macron's voters in the second round of 2017 planning to vote for him again? Discover the lessons from the 9th wave of our great monthly barometer of the presidential 2022, conducted from 28 to 29 September 2021.

The 2022 presidential election is approaching. If the campaign has not really started yet and if minds are still very concerned about the health crisis, the main political parties are advancing their pawns, as are some personalities who show an interest in the Elysée. 9 months before the election, our poll shows that the French are more likely to think that Emmanuel Macron will be re-elected. At this point, they clearly believe that no rival would make a better president than him.

RESULTS of the barometer - September will Emmanuel Macron be re-elected in 2022 according to you?

The French, 8 months before the presidential election, are more likely to think that the head of state will be re-elected for a second term than the opposite.

If the poll does not appear, click here Who would make a better president than Emmanuel Macron?

If the poll does not appear, click here The French want a new political offer for 2022 and unique candidacies

52% of the French want a "new political current" to emerge for the next presidential election, 56% want to see the emergence of "a new political personality". If the political landscape was not to be upset until then, the French seem to want the lines to move.

1 Good deal photo lens: several TAMRON lenses on sale... 2 Eric Zemmour: his candidacy announced in 4 to 5 weeks? 3 SURVEY. Macron largely preferred to Zemmour in the... 4 Nations League 2021: date, time broadcast... How to... 5 Amazon Ligue 1 : PSG-Angers, OM-Lorient... How to... 6 Property tax: the deadline is next week! 7 Forex Trading: What Is Forex? 8 Back 4 Blood: crossplay, price, game pass... Know... 9 Favorite monument of the French 2021: Stanislas Square... 10 US Dollar threatens to breakout ahead of key CPI release 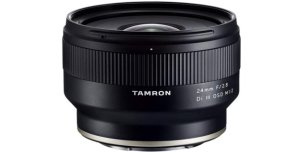