Apple Keynote 2021: towards an announcement of the new MacBook Pro M1X?

KEYNOTE. According to several reports from Bloomberg, Apple is preparing to hold a new Keynote conference before the end of 2021. The latter could notably annou KEYNOTE. According to several reports from Bloomberg, Apple is preparing to hold a new Keynote conference before the end of 2021. The latter could notably announce the new MacBook Pro models.

This was one of the many rumors hanging around the web before the announcement of the last September Keynote. According to the Bloomberg website, Apple is preparing to hold a new conference before the end of 2021. The latter would be centered around the new Mac models that would be equipped with a new chip called M1X.

Towards an announcement of a new MacBook M1X?

It has now been several months since rumors about a new MacBook Pro M1X have been dragging among journalists and insiders. The latter would be provided with a new chip made in Apple called M1X , and which would be much more efficient than the current M1 chip that equips the new iMac 24" released during the summer of 2021.

If many Apple fans were waiting for this revelation at the last September Keynote, it was not so. The latter had focused on the new iPhone 13, iPad 9th generation, Apple Watch Series 7 and iPad mini. The American journalist Mark Gurman of Bloomberg, however, says that the new MacBook Pro M1X would still be well planned for the end of 2021. Better yet: these new devices would be announced during an upcoming mini Keynote in the coming weeks.

If this information is still to be taken with tweezers, it must be recognized that the Bloomberg journalist regularly holds exclusive information about Apple's announcements. He also announced a few weeks earlier that the new AirPods 3 would still be scheduled for the end of the year. Case to follow therefore.

Summary of the September 2021 Apple Keynote

The Apple Keynote took place this Tuesday, September 14, 2021 at 19h. It lasted a little over an hour and unveiled several new hardware such as the iPhone 13, the new generation iPad, the iPad mini and the Apple Watch Series 7.

The most anticipated announcement of the evening was obviously the presentation of the brand new iPhone 13. The latter does not take many risks, and takes line for line what was the strength of the previous Apple phone, while improving several points such as power and autonomy. Despite some disappointing sales regarding the iPhone 12 mini, Apple has decided to take the plunge again this year by offering several versions of its flagship, which is available in iPhone 13 mini, Pro and Pro Max.

But Apple didn't stop there. In addition to some new features in the Fitness+ app, the firm also took advantage of this conference to unveil a new generation of iPad, and iPad mini, as well as an Apple Watch Series 7 with a more generous screen. Discover all the announcements made during the evening, and the novelties to come.

iPhone 13: the new Apple phone at the best price

IPHONE 13. If you want to have the new iPhone 13, know that there is already a promotion offer available at Red by SFR that allows you to make some savings.

The iPhone 13, 6.1 inches, and the iPhone 13 mini, 5.4 inches, both feature diagonal cameras, a ceramic front. They come in five new colors: pink, blue, midnight, starlight and red. They are both equipped with the famous A15 Bionic chip that includes nearly 15 billion transistors with a 6-core processor. It is the fastest processor of all smartphones, Apple assures. Up to 50% faster than the most advanced competition. Apple also touted the merits of its new battery, capable of lasting up to 1.5hours extra compared to the previous generation.

Despite disappointing sales for the iPhone 12 mini, Apple decided to try again by announcing an iPhone 13 mini. The latter has the same features as its classic version, but in a smaller format, in order to be easy to store and use. It is also available in several colors, as is the case for the classic version namely pink, blue, midnight, starlight and red.

The iPhone 13 Pro and Pro Max

These new iPhone 13 Pro and Pro Max will be available in graphite, gold, silver and alpine blue colors with a storage capacity of 128 GB, 256 GB, 512 GB or 1 TB (capacity reserved for the Pro Max). They can be 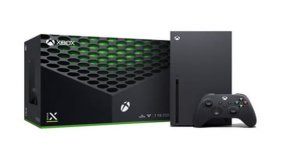